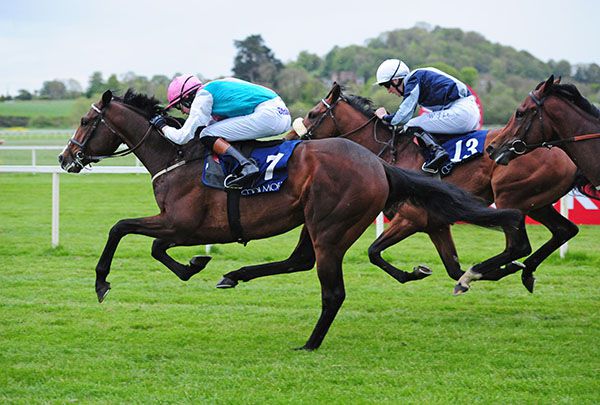 Orr held the son of Frankel up off the pace in mid-division and quickened well inside the final two furlongs when beating Up Helly Aa by half a length.

Afterwards Kris Weld, representing his father, stated “he is a nice, raw horse and has plenty to learn.

“He is a beautifully bred colt and hopefully there will be plenty improvement to come.

“Oisin rode him very nicely and we'll look for a winners' of one next.”