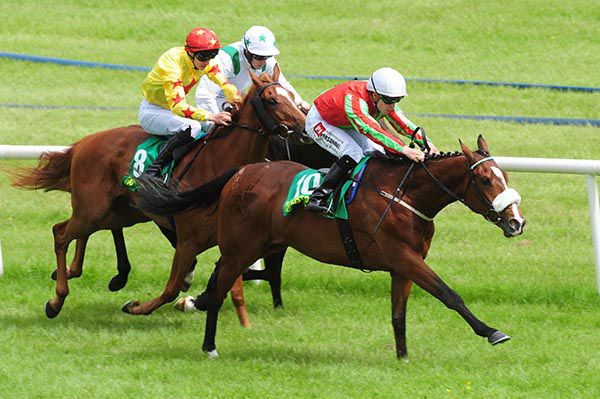 Fresh from a four-timer at Leopardstown on Wednesday, trainer Dermot Weld notched up a seventh winner of the new campaign as his Wentwood ran out the all-out winner of the BetVictorRacing On Twitter Handicap at Cork today.

Ridden by Ben Coen, the son of Pour Moi was strongly pressed in the closing stages by fast-finishing Constantinople who met trouble in-running and failed by a short-head, with third-placed See Of Rome a further short-head away in third.

Afterwards Weld stated "it was a good competitive handicap and he got a good ride from Ben Coen. I wasn't certain we were up as the second horse was finishing so quick and today was the plan for him.

"We'll wait and see and look for the next sponsored 1m2f handicap for him, probably during the Guineas weekend.

"I'm very pleased with the way the horses are running and also the way they are being ridden. Chris Hayes, Oisin (Orr) and Ben (Coen) are all riding exceptionally well for me."