Zakouski moves up in class for Craven test 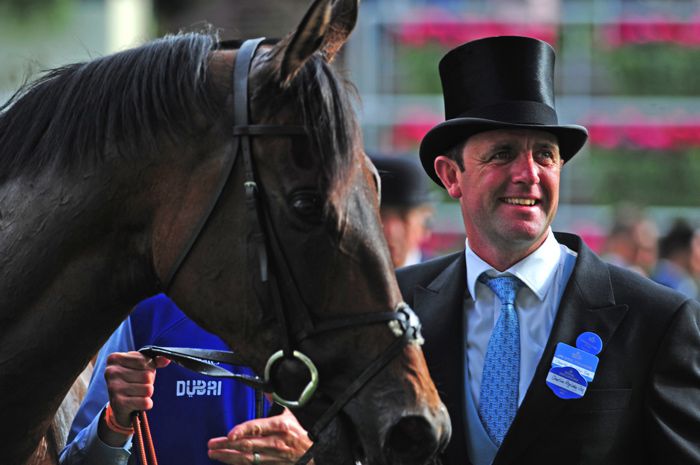 Charlie Appleby expects to have a clearer idea of Zakouski’s capabilities after he runs in the bet365 Craven Stakes at Newmarket on Wednesday.

The Shamardal colt made a big impression on his only previous racecourse outing at Kempton in November — but even his trainer admits his charge has far more on his plate as he steps up to Group Three level in this recognised trial for next month’s Qipco 2000 Guineas.

However, it is perhaps indicative of the regard in which Zakouski is held that bookmakers make him the marginal favourite on Wednesday — while he is a general 7-1 shot for the Guineas itself.

“He’s fit and well — and like a lot of horses who have won their maiden, he’s now got to go and take the next step,” said Appleby.

“Saeed’s horse is the one we all have to beat. He brings Group One form into the race, and we’ve all got to raise our game to get to his level.

“I see our horse is priced up as favourite, and for whatever reason there seems to be a lot of momentum behind him.

“We think he’s a nice horse who has developed well from two to three, and it was a good performance at Kempton.

“We like him and think he’s up to running in a race like this. We’ll see where we stand afterwards.”

Royal Marine won two of his three starts as a juvenile — rounding off his campaign with that top-level triumph in the Prix Jean-Luc Lagardere at ParisLongchamp in October.

He disappointed on the dirt at Meydan in January, but Bin Suroor hopes his charge can show his true colours back on the grass.

He said: “He is doing good and has been working well.

“He wintered in Dubai and was working well on the all-weather and the Tapeta, but he didn’t handle the dirt. We thought it was worth testing him, but you could tell from his action he didn’t like it.

“We hope he’ll have a good season back in Europe on the turf. Any rain would be good for him, because his two wins last year were on easy ground.

“He is in good form and is a tough horse.”

Zakouski is one of five unbeaten colts in the field — along with Gay Kelleway’s Global Spectrum, Tom Dascombe’s Jackstar, Hugo Palmer’s Set Piece and the William Haggas-trained Skardu.

Global Spectrum is three from three — completing his hat-trick in a valuable race in Qatar in February.

Kelleway said: “The owner is flying in from Hong Kong and was keen for him to run here. He pays the bills, and it’s his decision.

“Gerald Mosse (jockey) was keen for him to run here as well, so I’m guided by them.

“My job is to get him there in the best possible condition, and I think he is — he’s in great form.

“I think it looks a strong race, and it is so close to the English Guineas. I think we’ll go to the French Guineas anyway, but it’s probably not ideal for any of the horses in the race.

“I’m very happy with my horse, and we’ll see where we stand.”

Set Piece has won at Kempton and Newcastle during the winter, and Palmer is keen to let his horse do the talking under Frankie Dettori.

He said: “I’ve been pleased with him at home, and he’s a horse I’ve always liked. There’s not much more to be said.

Skardu was a 33-1 winner on his debut and only previous start at this venue in September.

Haggas said: “Skardu has done well over the winter — I am very happy with him. All he has done so far is win a maiden, which I wasn’t expecting because he ain’t that flash at home, but he won easily in a good time against a good field.

“He will come on for what he does on Wednesday, because it’s not his Derby at all — it’s a trial for a better race.

“He’s entered in the 2000 Guineas, although that’s not to say that he’s a definite runner — we will be much wiser about that after the Craven.

“I suspect the opposition will be very strong — I know Zakouski is very fancied.”