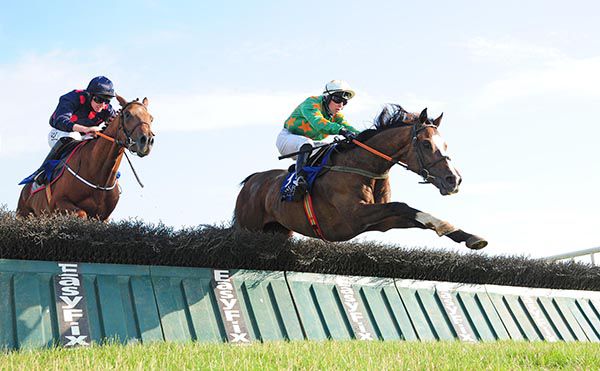 It was a 13th win of the new season for O'Connor, based with Henry De Bromhead and a regular rider for Morrison, and the 7lbs claimer later stated “he came back from a break at Tramore when he ran a cracker finishing fourth. We came here on good ground and with a positive attitude.

“He deserved that win.”

Wedding anniversary win for the Faheys at Gowran

Formerly with Alan Fleming and Leanne Breen Leviosa struck on her second outing for Seamus Fahey to register a 33/1 surprise in division one of the Leighlinbridge Handicap at Gowran.

Following on from their success with Himalayan Beauty earlier, Jessica Harrington and Shane Foley doubled their Gowran score courtesy of Jungle Cove in the Borris Handicap.