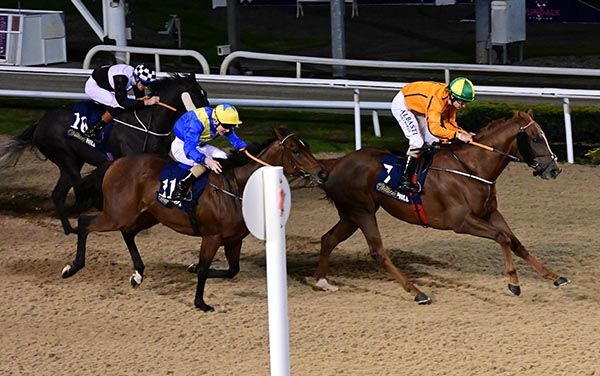 The ex-Ballydoyle gelding, runner-up in a claimer here last Friday, was on the front end throughout and kept on best to account for Maestro Stick and Zonik by half a length and one and a half lengths.

Winning trainer James McAuley said of the No Nay Never gelding: "He stuck at it (last week,), he was just about ready to start off last week. He was very green last week.

"He's fully genuine but I don't know how far he will go. He's hardy.

"He's done a job off a mark of 60. That was the mark he was entitled to off last week but I would have been disappointed if he wasn't a little bit better than 60.

"It was whether in his first run in a handicap he would know enough to jump and run. Shane said he got an easy lead, it was only the intention to try and be handy. To end up in front and be able to stack them like that, it suited him. He could kick off the front then.