'Star of the future' Barry up and running 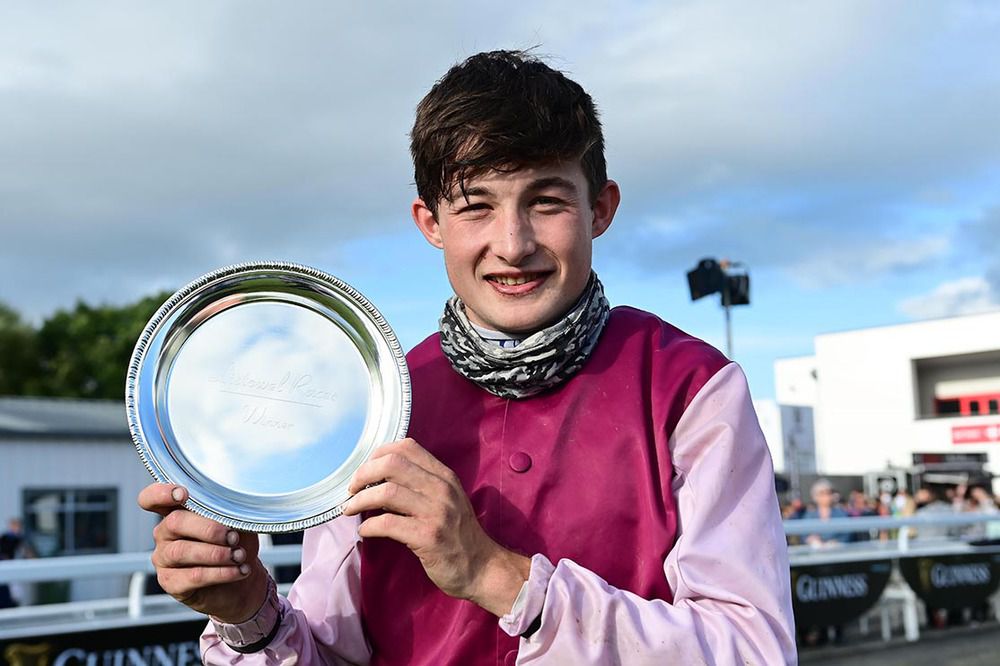 He steered his charge into fourth at the penultimate fence and the pair improved to third at the last. Save Us Avis made a mistake there as Father Jed moved into second on the run-in and he was ridden to hunt down the leader Goodnightngodbless.

He grabbed him close home but had to fend off Hoke Colburn who ran on strongly on his outer.

Barry said: "That's my first winner, I'm 18 from Conna Co Cork and that was my second ride on the track.

"I'm a neighbour of Jimmy Mangan's and ride out for him and ride a horse for him in a point-to-point tomorrow. I go to John (Ryan) two days a week and this is great.

"I finished my Leaving Cert in June and ride out in a few different places. My brother John got me into John Ryan's yard so a big thanks to him. The race went great."

John Ryan added: "it was a great performance but today is all about Brian Barry. To get a winner at Listowel for that kid is magic and he gave the horse a great ride. He will be a star of the future.

"Father Jed won't be going to Cheltenham but he's not too bad!"

The Stewards interviewed Mr E. Mahon, rider of Hoke Colburn, concerning his use of the whip in the closing stages of this race. Evidence was heard from the rider concerned who accepted that he was in breach of the regulation and apologised for his actions. Having viewed a recording of the race and considered the evidence the Stewards were satisfied that Mr. E. Mahon was in breach of Regulation 10.3.g, excessive frequency, h, arm above shoulder height and i, time to respond. Having considered Mr. E. Mahon's record in this regard the Stewards suspended Mr. E. Mahon for four racedays. Mr. John Moloney absented himself from this enquiry and Ms. Jill Farrell acted as Chairman.