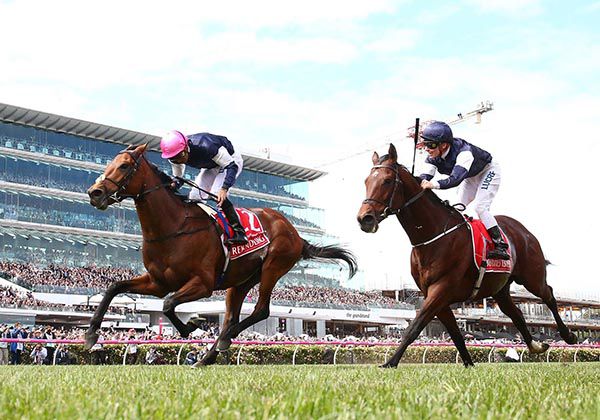 The ‘Race that stops a Nation’ is one of very few top International races that has so far alluded Irish Champion Trainer Aidan O’Brien. The master of Ballydoyle has the current ante-post favourite in the form of Irish Derby runner-up Tiger Moth.

The lightly raced three-year-old has only had four racecourse starts but heads the betting market for next month’s race as the 5/1 clear favourite as he bids to become the fourth Irish trained winner of the great race.

Tiger Moth finished third on his only start at two but returned this year with a victory in a Leopardstown Maiden in early June before running stablemate Santiago to a head in the Dubai Duty Free Derby.

Tiger Moth ran out a very easy winner of a Group 3 contest at Leopardstown on his final Irish start before heading to Australia.

Aidan’s eldest son Joseph famously landed the Lexus Melbourne Cup in 2017 with Rekindling and went agonisingly close last year when Master Of Reality lost out by a head before eventually being demoted to fourth place in the race won by Vow And Declare.

Master Of Reality quoted at 25/1 in the latest betting offers is again in the mix for Joseph along with stablemate Twilight Payment (33/1) which finished eleventh in 2019. 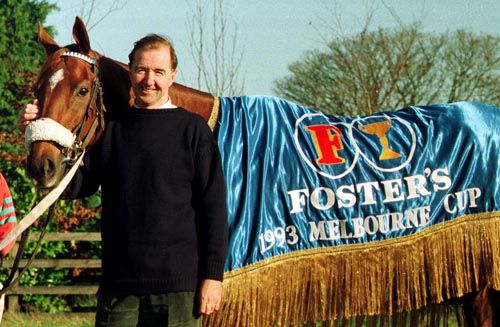 Prince of Arran will have his supporters again following a fine fourth in the Caulfield Cup last weekend where the Willie Mullins trained True Self (33/1) finished down the field.

True Self won a race on Melbourne Cup day last year and the Champion National Hunt trainer will be hoping the seven-year-old mare can emulate stablemate Max Dynamite which was runner-up in the Cup in 2015.

The leading Australian contender for this year’s Melbourne Cup is Russian Camelot (8/1) for last year’s winning trainer Danny O’Brien. Russian Camelot has been towards the head of the market for November’s big race since winning the South Australian Derby in the hands of Irish born rider Johnny Allen at Morphetville in May.

Victoria Racing Club Chairman Amanda Elliott issued a statement earlier this week outlining submissions that have been made to Victorian Government in relations to those attending the Melbourne Cup.

“We made a very detailed and comprehensive submission regarding attendance for the 2020 Melbourne Cup Carnival to the Victorian Government, which covered a number of scenarios utilising Flemington’s expansive outdoor spaces and lawns. We await a decision from them based on public health advice, and what is in step with broader community restrictions.”