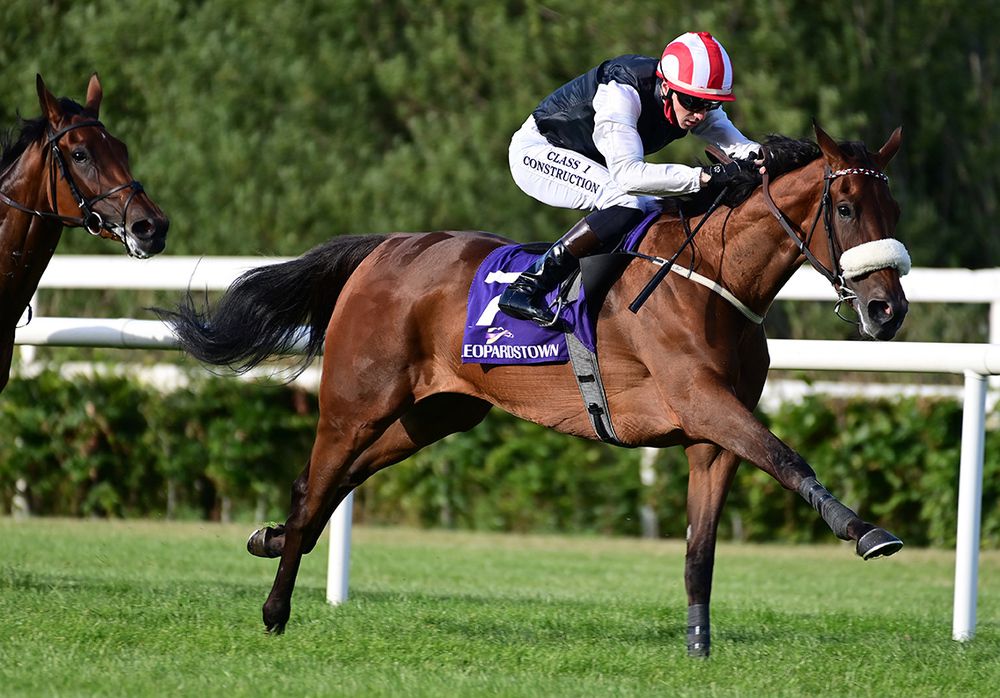 The Dermot Weld-trained Tina Angelina quickened up smartly to make a winning debut in the fillies maiden at Leopardstown this evening.

Weld saddled two Moyglare-owned debutantes in the ten furlong contest with Oisin Orr taking the mount on the winning daughter of Dansili.

She was produced with a strong run inside the final furlong and was pulling away to the line to record a three-length success over Simply Incredible.

The yard's other runner Pierre Precieuse, sent off the 15/8 favourite, was last of the seven runners. Tina Angelina had attracted support from 6/1 this morning and started a 9/4 shot.

“Oisin knows her very well, that's why he rode her. She's a character and I'm delighted with her performance,” said Weld.

“She's just taken time to get the hang of everything and it's only really come together for her in the last two weeks.

“She's a filly we'll be in no hurry with but I see her progressing as the year goes on. She will handle softer ground well.

“The other filly is a lovely filly but probably wants a lot more ease in the ground than she had today. Both are beautifully bred fillies who will progress nicely as the year goes on.”