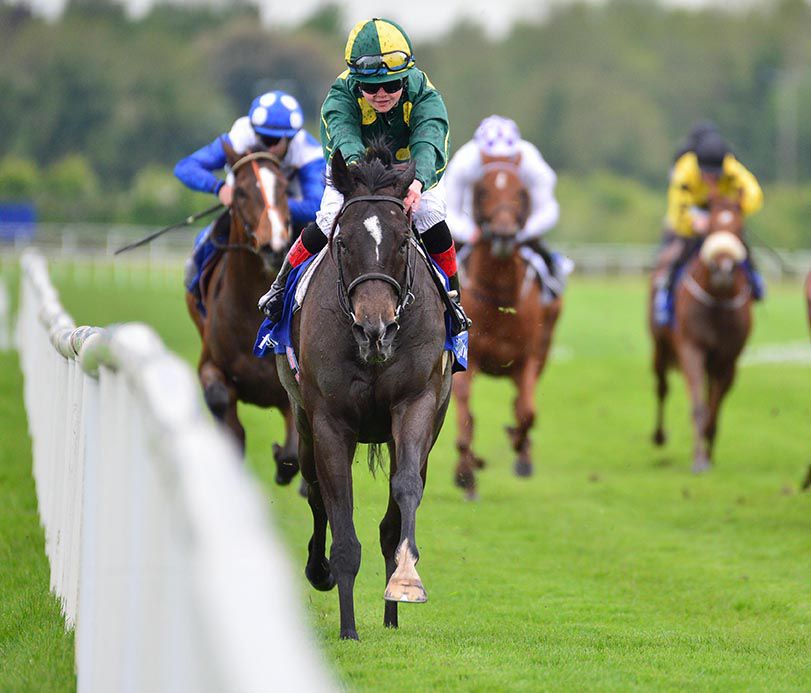 Halfway through an exam in her NUIG Global Commerce course this morning, Annalise Cullen was happy to find out that reserve Loingseoir had made the line-up, and that she had the ride in the Next Meeting At Fairyhouse June 11th Apprentice Handicap. It got better when Michael Grassick’s charge won in style.

Cullen, gaining a second win, after triumphing on her dad Denis’ Zephron at the Curragh earlier in the month, soon had the 11/1 victor racing in mid-division and he took a keen hold.

The five-year-old made headway into sixth three furlongs out, and he was pushed along to lead a furlong and a half out.

Ridden clear when drifting right a furlong out, Loingseoir stayed on strongly in the final furlong to easily beat Magnetic North by six and a half lengths.

“He has a few little problems with his wind and we got his palate lasered after Gowran,” said Grassick.

“I didn't think he'd win as easy as that but the lasering definitely helped him. He loves that ground and is back down to a winning mark again. He's a very genuine horse.

“I told her to take her time. I was surprised to see him break so well because usually he's a little slow to stride, but he was tanking the whole way with her today.

“He maybe likes the girls as he ran well for Nikita Kane a couple of times last year.

“Her father (Denis) sold me Mollys Glory so I owed her a turn.

“I have him in at Roscommon on Monday but that's nearly a mile-and-a-half and I don't think he quite stays.

“I'll have a look at it. I might run him because God knows what the handicapper is going to give me now!”

S.T. McCullagh, rider of Zero Turn trained by Mrs John Harrington, reported to the Clerk of Scales that his mount stopped very quickly.