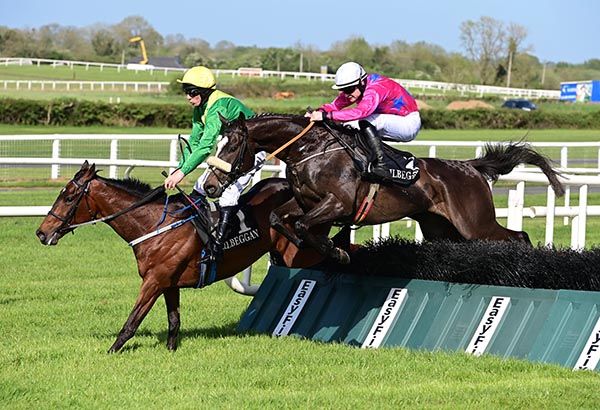 Backing Band sprang a 25/1 surprise in the two-mile maiden hurdle.

The Big Bad Bob gelding tracked the leaders before making his move under Kevin Sexton on the run to the last. He moved past Allbetsoff, who made a mistake at the final flight, early on the run-in and went on to account for that rival by a length and three quarters with Kalnoo another six lengths back in third.

“He ran okay in his first run in a bumper a couple of years ago and then things went pear shaped for him.

“He'll tip away during the summer and he should be able to pick up another one or two. He's a horse that will improve for running.

“That's grand because (my wife) Ber's Dad Eamonn owns him. It's great to get a winner for him to keep him off my back!”