Blackmore makes it five with Telmesomethinggirl 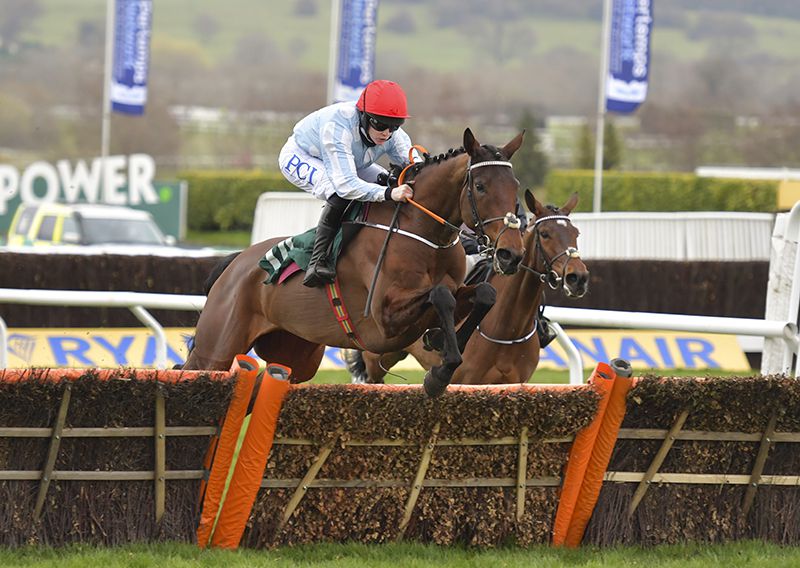 Rachael Blackmore claimed winner number five at the Cheltenham Festival with a sublime ride aboard Telmesomethinggirl in the Parnell Properties Mares’ Novices’ Hurdle.

After sitting towards the rear in the early stages, Telmesomethinggirl (5-1) made eyecatching progress on the run to the penultimate flight before accelerating past fellow Henry de Bromhead-trained runner Magic Daze, who had set out to make all.

Telmesomethinggirl fairly flew up the Cheltenham hill to beat her stable companion by five and a half lengths. Mighty Blue was third with bargain-buy Skyace — who cost just £600 — finishing fourth.

De Bromhead said: “It’s been an incredible week. The horses are flying, the jockey is flying and it’s been brilliant.

“We’re very lucky to have good mares like these and good owners.

“I thought this mare had a chance. I thought on ratings we might struggle a little bit, but I thought both of ours had a squeak.

“Magic Daze ran a cracker as well to finish second, having made all, which is a hard thing to do in this race.

“I’m delighted with both of them.”