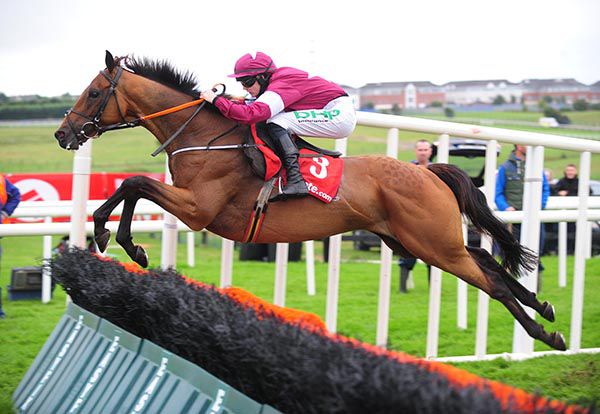 Championship pacesetter Rachael Blackmore was seen to good effect once more when giving Black Key a positive ride to run out a convincing winner of the TheTote.com Handicap Hurdle at Galway.

The Gigginstown gelding raced prominently in the two-mile five furlong contest before hitting the front after the third last.

Henry de Bromhead's charge kicked for home turning in and powered clear in the closing stages to post a seven-length winning margin over Mill Quest.

The 10/1 winner had been placed six times over timber before opening his account at Listowel in June.

“I'm delighted and it's great to get it. He's tough out and Rachael's riding brilliant, she gave him a super ride,” said de Bromhead.

“He won well, I thought he was a bit exposed but there you go. The step up in trip suited him and he won well. It's great to get one for Gigginstown early.

“Rachael has been riding a lot for us on Eddie (O'Leary's) recommendation, he suggested it, and you wouldn't look back now. She's doing great, she's great to work with and we try and keep everything straight forward.

“It's great to see this horse win. The trip suited him well, Dylan (Robinson) rode him the last day and thought two miles was a bit sharp for him, so we said we'd chance stepping him up.

“I was saying to Eddie yesterday that we'd probably find easier options but he said sure chance him and luckily we did.

“He'll go chasing sooner rather than later.” Blackmore added:- "The way he won really surprised me but it's testament to Henry's horse who are in such good form. It makes my job very easy.

"The minute I let him stride on I knew I had plenty under me. He was very good and professional about his job. It's brilliant to have a winner at the Galway Festival."