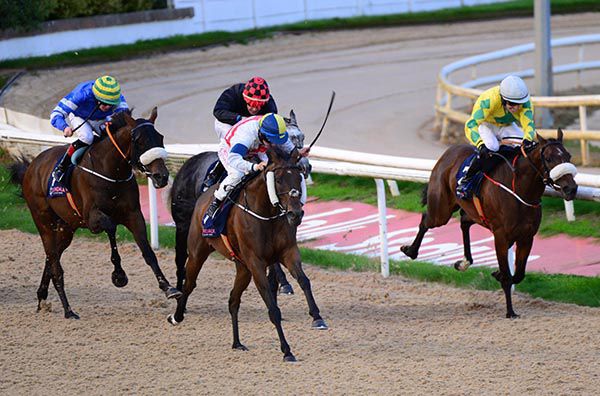 The 7/2 favourite Blue Shadow took the BetVictor Apprentice Handicap in the hands of Siobhan Rutledge.

As expected, the pace was strong as Dollar Value and Effernock Fizz stretched out the field.

Having raced in a moderate fourth, the winner stayed on well under pressure in the straight to collar the leaders at the furlong marker and went on to beat Fallen Forest by two and a half lengths.

Touched off on his previous outing at Roscommon, it was a second career win for the Hallowed Crown gelding who had won over course and distance last November.

Winning trainer Andy Oliver said: “He deserved that as he's been knocking on the door.

“I thought Siobhan gave him a peach of a ride. She was beautifully placed and timed her run lovely so I was very impressed with that.

“It's thoroughly deserved by both horse and owners as they've persisted with him all year.

“He's a genuine horse but it's just been a case of luck in running and he got his turn today.

“He's in on Monday (at Fairyhouse) and he might make a quick reappearance, I'm not sure yet.”