Bolger keeps up winning run with surprise in opener 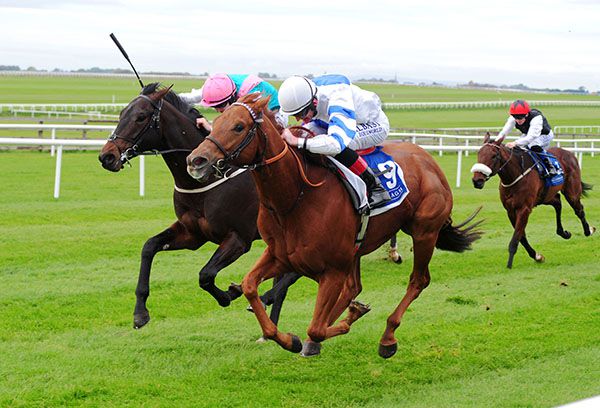 Jim Bolger is enjoying a decent close to the Flat season and, having saddled a big priced treble at Naas on Sunday, kept the ball rolling when Ten Year Ticket recorded a shock 33/1 win on debut in the Irish Stallion Farms EBF Maiden at the Curragh.

The gelded son of Rock Of Gibraltar, a half-brother to three winners including Group 3 scorer Snazzy Jazzy, was ridden to lead inside the final furlong and kept on well under Kevin Manning to beat fellow newcomer Lough Cutra.

Half-a-length was the winning margin, with the Aidan O’Brien-trained pair Tiger Moth and Keats both making promising starts in third and fourth respectively.

The 10/11 favourite Fame And Acclaim was prominent throughout but could find no extra inside the final furlong finishing fifth.

Bolger said, "He ground it out well on the ground. We weren't sure if he would handle it, and he has a great attitude. There isn't a lot left for him now.”

Naas Racecourse are looking for members of the public to nominate their lockdown heroes. Anyone who went above and beyond during the lockdown can be nominated.