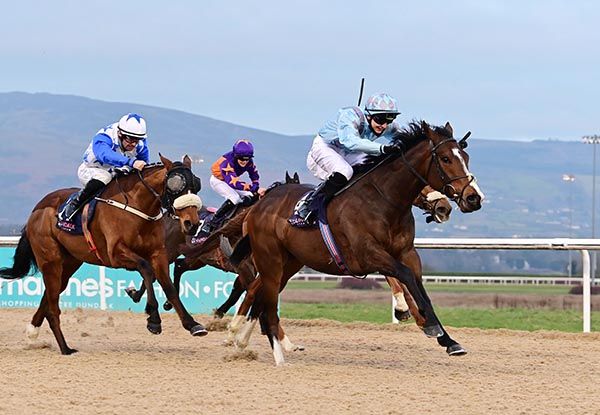 The son of Intello was soon in front from his inside draw in one and made virtually all the running, staying on well in the closing stages to hold runner-up Movie King by three parts of a length.

Horgan is a son of former leading jumps jockey Trevor Horgan and later reported “that's unreal and I'm very grateful to have gotten the chance from Joseph and the owners. It means an awful lot to me.

“That's my eighth ride and my first winner so it's brilliant, hopefully I can keep it up now. I'm 18 and from Kilkenny, my brother Hugh also works for Joseph and he's had a few winners.”