Cross country double on day to remember for O'Brien 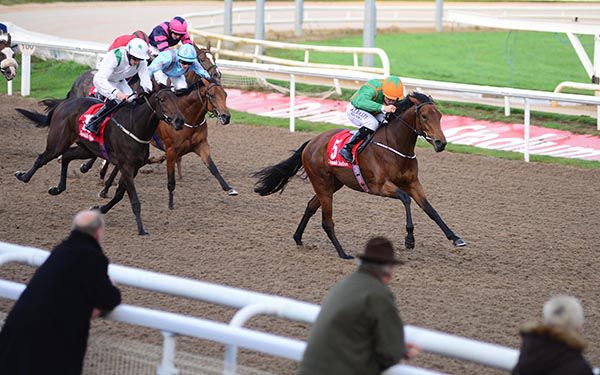 On a great day for Joseph O'Brien, when he trained his first Group One winner in England with Iridessa in the bet365 Fillies' Mile, the Piltown handler supplemented those Newmarket gains at Dundalk with first-timer Cnoc An Oir.

That one had to settle for third as the well-related Joan Brosnan-owned Cnoc An Oir, in the hands of Shane Foley, got the better of Lavender by a length and three parts.

"She jumped and travelled but we went very slow. I was in the box seat but got there plenty soon enough for a filly having her first run. She's done it well," reported Foley.

"When she got to the front she had a good look. I didn't pick up my stick because she was always doing enough."