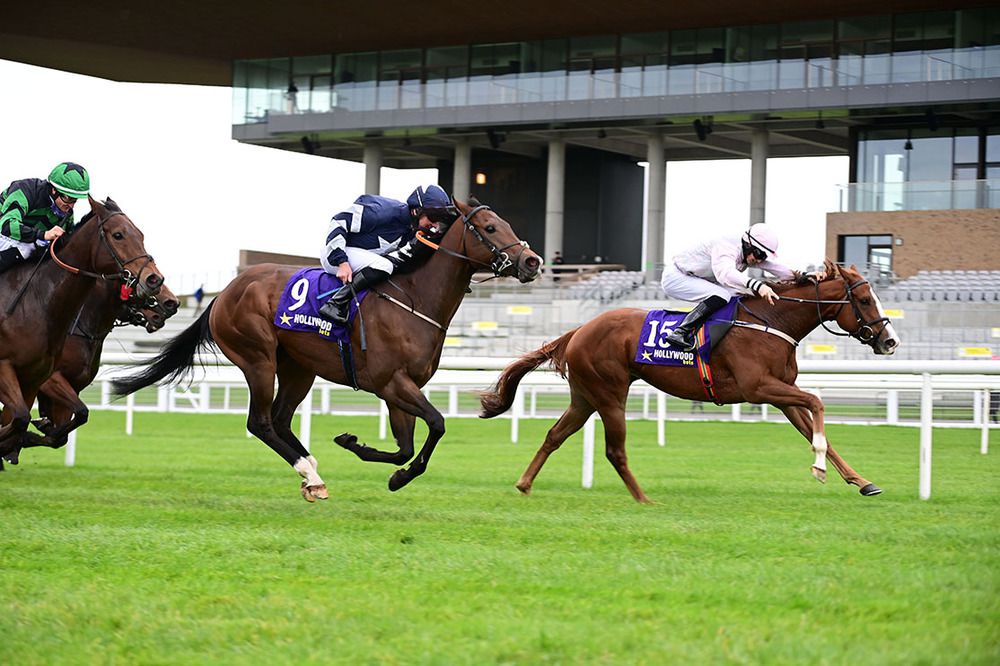 With the stands’ side rail to help her, Curraheen Princess (14s into 10s at the off) showed speed throughout to land the five furlong handicap in the hands of Joe Doyle.

The Prince Of Lir filly kept tabs on the leaders and battled on well to head Harry’s Hill close home with Stanhope making up a lot of ground from off the pace to finish third. Half a length and the same were the winning margins.

The Tom Egan-owned winner was defying a 6lb higher mark for her breakthrough success at Bellewstown last month.

Winning trainer Des Donovan said: "She's a game little one and Joe (Doyle) said she toughed it out well there.

“She had only a light weight and we had no other race so we had to take our chance. Hopefully she'll keep on improving.

“She's in at Navan next week and there is also another 45-75 here in under a fortnight. Maybe the Curragh would suit her better and we might stick to here.

“She really wants a dig in the ground so if she runs again here that will be it for the year. She's won twice now and she's paying her way.”