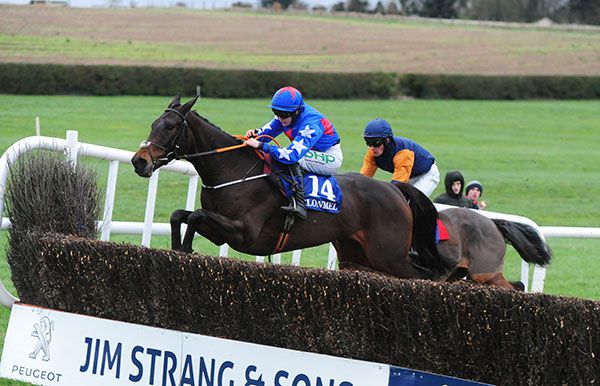 A fine leap at the last sealed the deal for Niccolai as she opened her account over fences in the second division of the beginners chase at Clonmel.

Henry de Bromhead's charge had finished sixth on her chase debut at Thurles last month and stepped up today to add to a hurdles success at Wexford back in March.

11/4 favourite Bitsandpieces was driven into the front turning for home in the two-miler but was joined going to the second last by Niccolai.

The Flemensfirth mare got the better jump at the last and, despite Rachael Blackmore losing an iron on the run-in, she went on to record a four-and-a-half length win at odds of 10/1. Touch Of Oscar stayed on to grab the runner-up spot close home.

“She jumped really well and I am delighted for (owners) the Schusters,” said the winning trainer.

“She got lost the last day, it was carnage and she got lost in the race and Rachael's main goal was to get her around. There were horses falling everywhere.

“It is a big step up for her and we'll see what the handicapper thinks and hopefully there might be a rated novice chase for her next. Most of her form is on soft and I am delighted with her jumping.”