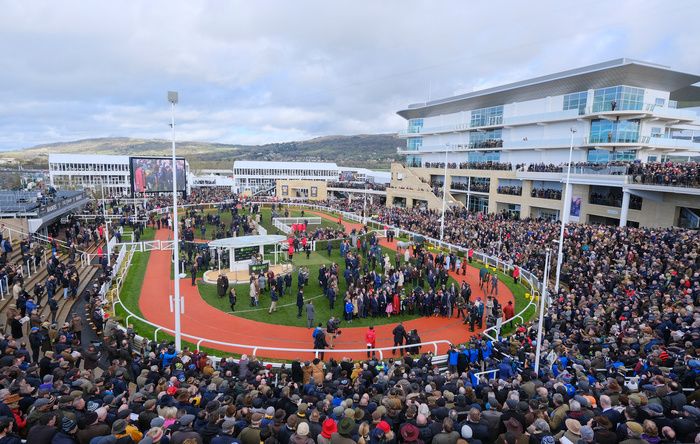 Honeysuckle’s trainer Henry de Bromhead will be hoping he has another exciting mare on his hands after forking out £370,000 to secure Kudasheva — the top priced lot at yesterday evening’s Tattersalls Cheltenham Festival Sale.

The daughter of Pour Moi out of a half-sister to Gold Cup winner Don Cossack recently won a four-year-old mares’ maiden at Ballycahane for Pat Doyle.

De Bromhead said, “She is a gorgeous filly, she won really impressively. Pat Doyle highly recommended her and we are delighted to get her. She is for a client in the yard.”

Two other lots also fetched over £300,000 including Better Days Ahead, a four-year-old son of Milan that won for Warren Ewing at Lisronagh last month, who was purchased by Bective Stud and Gordon Elliott for £350,000.

“He is a nice horse who won his point-to-point well. He is from a great consignor — let’s hope he is lucky,” said Elliott.

The Cullentra House trainer also signed for Stellar Story, a Shantou full-brother to The Storyteller, who cost £310,000 out of Donnchadh Doyle’s Monbeg Stables.

“We were very lucky with the brother. This is a proper big chaser in the making - not sure who he is for yet,” commented Elliott.