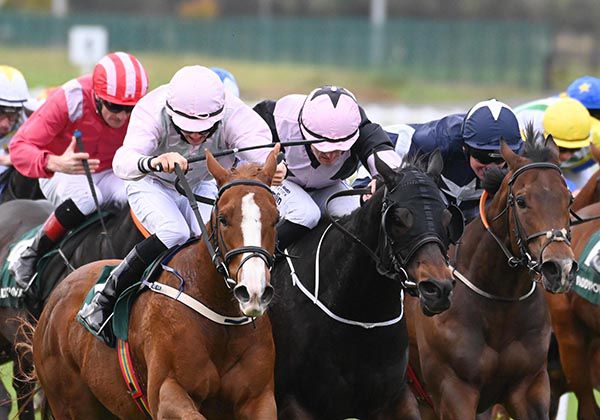 The Prince Of Lir filly broke really well and was always close to the pace under Joe Doyle. Plenty held chances at the furlong marker and the winner just prevailed by a short head from Seven Worlds (20/1) with the latter’s stablemate Mister Trader (25/1) three quarters of a length further back in third.

The victorious 3-year-old got off the mark at Bellewstown last month and followed up at the Curragh before being well beaten at Navan last week.

Winning trainer Des Donovan said: “She loves it here, she was a bit disappointing in Navan the last day but we were probably drawn wrong.

“Joe took his time on her and gave her a grand ride again today. She's brave and battled away there.

“I'm delighted with her, she's tough and the one thing about is she's game. She doesn't take much out of herself with the racing but I think that's about it for the season now as we've no place else to go.

“I'm delighted for Tom (Egan), he bought her after the breeze-ups and she's been lucky for him. If we could get a few more like her it would keep the show going.”