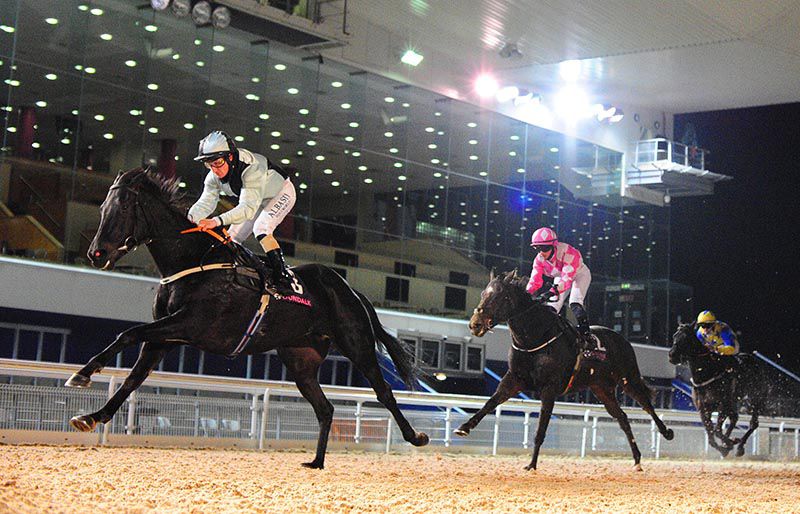 Winning jockey Shane Foley moved on to the 91 winner mark for the campaign, six off Colin Keane (97), as the Jim Monaghan owned and bred five-year-old shed his maiden tag at the eleventh attempt.

Tim Doyle’s charge was always looking good up the straight and he eventually saw off fellow five-year-old Bell Manannan by a length and three parts.

It was two and three parts of a length then to Nightly Wailing in third.

“He had been knocking on the door in those type of races and he's a grand big horse,” Shane Foley.

“We had been riding him trying to settle him the whole time but he just has a big stride and I was keen to go forward and let him use himself a bit today. It's worked and he pricked his two ears late on.

“He was entitled to it as he had a couple of nice runs up here last winter. He had a few little niggly problems and it's nice to get a win with him.”

P.A. Harnett, rider of Rebel Ruler, trained by David Kenneth Budds, reported to the Stewards' Secretaries that his mount leaned in on the home turn and lost its action.

The Irish Horseracing Regulatory Board Veterinary Officer examined Moonmeister, trained by A.J.Martin, at the request of the Stewards and reported the animal to be post race normal.

The Irish Horseracing Regulatory Board Veterinary Officer examined Rebel Ruler, trained by David Kenneth Budds, at the request of the Stewards and reported the animal to be slightly lame on its left foreleg.