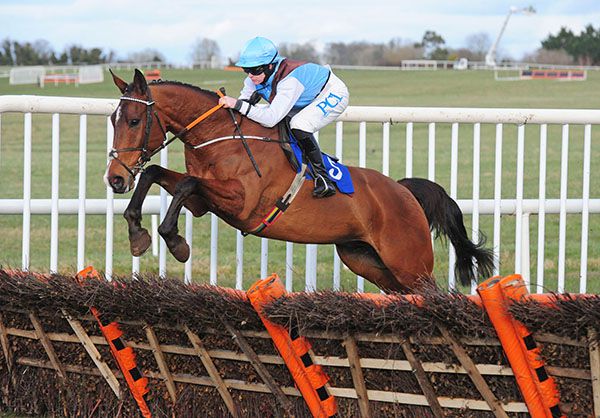 The Henry de Bromhead-trained gelding was sent to post a 6/5 shot for the contest, run over just shy over two-miles-and-seven furlongs.

Rachael Blackmore bounced out in front on her mount and the Saddex gelding had his rivals at work before the home straight.

The winner had chased home Foxy Jacks on his 'track' debut at Punchestown last month having cost £110,000 after landing a point-to-point at Dromahane last November.

Blackmore said afterwards:- "It was a very nice performance. He came on a lot from his run the last day and he is a really nice horse going forward.

“He missed one or two the last day but was foot perfect today and he is a horse with a nice future."

It was a double on the day for the absent de Bromhead who has also struck with Kavanaghs Corner.