Elarqam poised to be added to Juddmonte International field 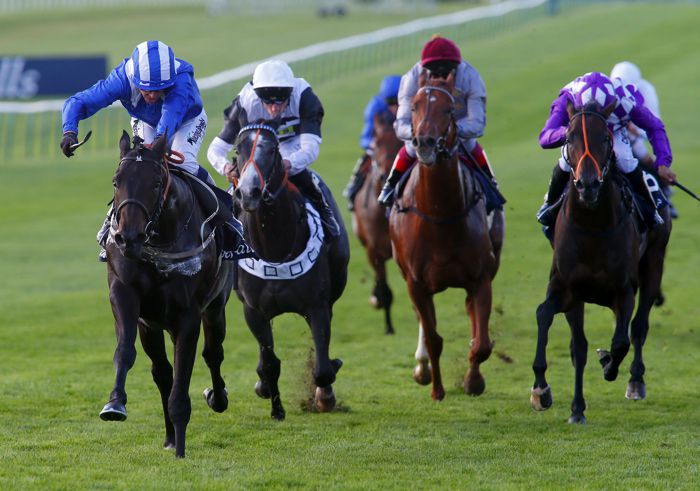 Elarqam, left
© Photo Healy Racing
Elarqam is “90 per cent certain” to be supplemented for the Juddmonte International at York next week.

Mark Johnston’s four-year-old has bounced back to his best this season and put up his most impressive performance to date last time out in the York Stakes when beating Addeybb.

The Sheikh Hamdan-owned Frankel colt is now set to return to the Knavesmire, where he could meet the likes of Prince of Wales’s Stakes winner Crystal Ocean and St James’s Palace Stakes runner-up King Of Comedy.

The owner’s racing manager Angus Gold said on Monday: “When Sheikh Hamdan was here for Goodwood he said that as long as Mark and his team were happy with the horse this week, he thought we would probably supplement.

“The answer is he’s 90 per cent certain to be supplemented. Obviously it’s a lot of money (£75,000) and we need to confirm with Mark nearer the day, but as of this (Monday) morning they were happy with him.

“His form was given a nice boost at the weekend by Addeybb. Elarqam was visually impressive at York, I can’t believe Addeybb quite ran his race, but that’s just my opinion.”

He added: “There’s no Enable, but there’s Crystal Ocean, who is an outstanding horse, and King Of Comedy has always looked like he wanted this trip and that’s without Aidan (O’Brien) joining in, let alone anybody else. It’s always a very good race.

“It will be tougher than anything he has encountered since the Guineas. Nobody is saying for a second he will win it, but on the other hand he’s entitled to run.”