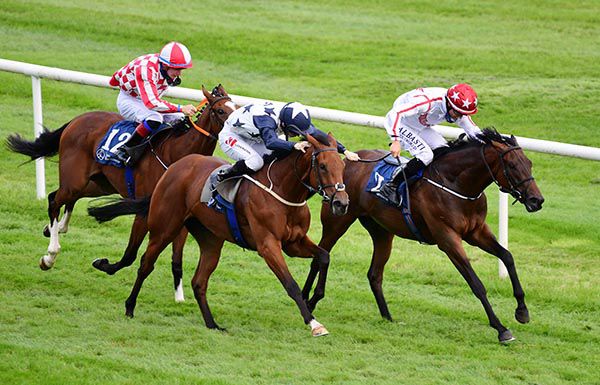 The Holy Roman Emperor gelding, who had been placed on debut at Leopardstown before running fifth at Galway, tracked the leaders until Shane Foley secured a clear run for him on the rail from two furlongs out.

He was driven to lead a hundred yards out and stayed on well to thwart the fancied newcomer Corporal Violette by a neck.

After Cork last Wednesday and Leopardstown on Saturday, this was a third treble for Harrington in the last nine days after earlier wins for Sablonne and Bellabel.

“Galway probably made a man of him,” she reflected.

“He was very green there after a good first run.

“We gave him a bit of time and he grew a lot. He’s a good ground horse.

“He was only getting going at the end and I’m very happy with him. Shane said they were rattling along and he had the rail to help him.”