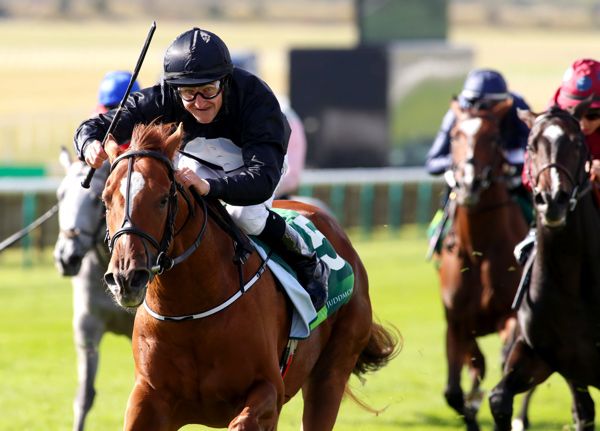 He finished third behind Donnacha O’Brien and Colin Keane in the Flat jockeys’ championship and throughout the year partnered over 90 winners worldwide earning total prize-money in excess of €2.5m highlighted by Group 1 victories in England and France.

Harrington’s yard just outside the village of Moone boasts an array of talent for the fillies classics whenever they are run, and Foley reports the star quartet in great form.

“Last season was fantastic and the two Group 1 winners really topped it off. I’m looking forward to this season as all those fillies have done well.

“A couple of Jessie’s good fillies will probably have to clash. We had planned on running them in France, England and Ireland but everything is up in the air at the moment,” said Foley.

He added, “Albigna has done particularly well and she’s probably got the strongest. Alpine Star didn’t grow but she’s filled out well.

“Millisle has done well and Cayenne Pepper out of the four of them is probably the one that the time will stand to the most. The rest of them could have gone to war straight away.

“They all have the form in the book and hopefully we get to ride in a Guineas at some stage.”