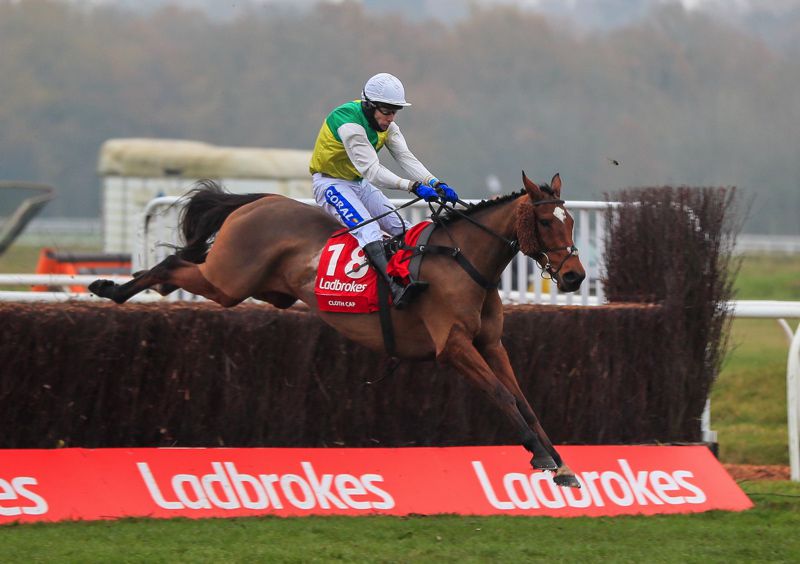 Henry de Bromhead will aim to continue his domination of the major National Hunt prizes in Britain when Eklat De Rire lines up in a field of 21 for the Ladbrokes Trophy at Newbury on Saturday.

Having dominated the last Cheltenham Festival by winning the Champion Hurdle, Champion Chase and saddling the first two home in the Gold Cup, De Bromhead then went on to provide the first two finishers in the Grand National.

Last weekend he proved he has not taken his foot off the gas when A Plus Tard turned the Betfair Chase into a procession and Eklat De Rire has been among the market leaders for one of the feature races of the season since making a winning comeback at Wexford.

Stablemate Chris’s Dream, however, does not make the journey meaning the weights rise by 4lb, leaving Willie Mullins’ Brahma Bull at the top.

Last year’s winner Cloth Cap is back once more, but will find life a bit tougher this time around on his mark of 154.

The in-form Colin Tizzard runs Fiddlerontheroof, successful on his comeback in a strong race at Carlisle and Copperhead, winner of the Reynoldstown Novices’ Chase in 2020 before losing his way completely last season. Mister Malarky is another going for Tizzard.

Paul Nicholls is represented by Enrilo, first past the post in the bet365 Gold Cup only to be demoted to third, while the beneficiary of that decision, Alan King’s Potterman, also runs. Stablemate Canelo also lines up.

Kitty’s Light was second in that Sandown race, as well as in the Charlie Hall Chase last time out and will aim to give Christian Williams a first win in the race while Remastered, last year’s Reynoldstown winner, goes for David Pipe.