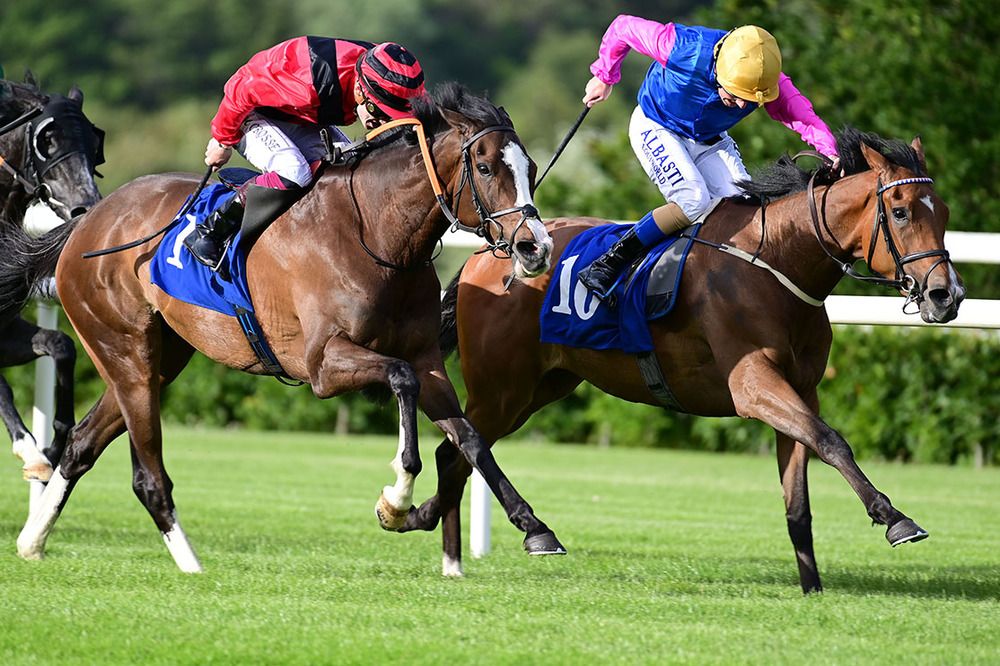 The three-year-old filly, owned by the trainer, had just the three maiden runs to her name but showed a real determined attitude to repel the strong challenge of topweight Coill Na Sionainne.

A half-sister to two black type winners, the daughter of Muhaarar looked suited to this step up in trip.

Always travelling well just in behind the pace, she had to wait for a gap to appear in the straight but quickened nicely to lead.

Dermot Weld said, “She’s a very well-bred filly. I trained the dam (Tarfasha) who was second in the Epsom Oaks and won the Blandford. I also trained the first two out of the dam who were both Stakes winners.

“She showed a good attitude as she had to come through a gap and then fight hard to win. I think she is a filly that can progress.”