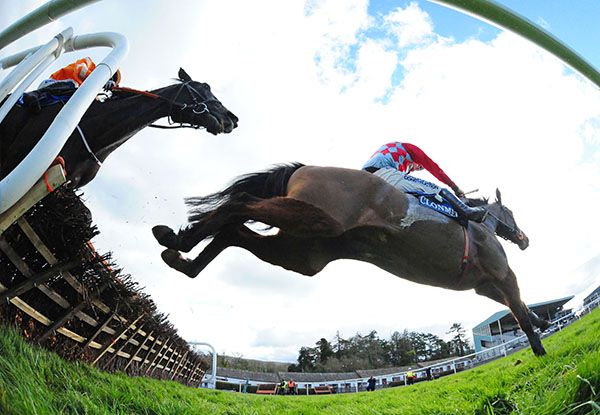 Groody Rover bridged a gap of 14 months without a winner under rules for trainer Philip Fenton when causing something of a surprise in the Derrygrath Maiden Hurdle at Clonmel.

The easy-to-back 11/1 chance, successful in a point-to-point at Kildorrery early last year, showed some promise in the Punchestown maiden hurdle won by Column Of Fire in January.

Brian Hayes’ mount headed the front-running favourite Farmix at the penultimate flight and was ridden to assert on the run-in.

Four and a quarter lengths separated the pair at the line, with Ruinous a further length adrift in third.

Sunday A Paris and Peres Et Fils could both find no extra in the straight finishing a well-beaten fourth and fifth respectively.

Fenton said, "It didn't look a hectic race on paper but it was lovely he went and won and it was soft to heavy the day he won his point to point.

"I'm sure he'll deserve another chance at another hurdle and could go chasing in the new season.

"We have 27 or 28 riding out and they are a mix of point to pointers and horses for the track."

Honeysuckle bids to take her unbeaten record under National Hunt rules to nine when she goes for back-to-back victories in the Baroneracing.com Hatton’s Grace Hurdle at Fairyhouse tomorrow.

The ground at Fairyhouse is now soft (chase) and soft, yielding to soft in places (hurdle) ahead of today's eight race card which is set to commence at 11.30.