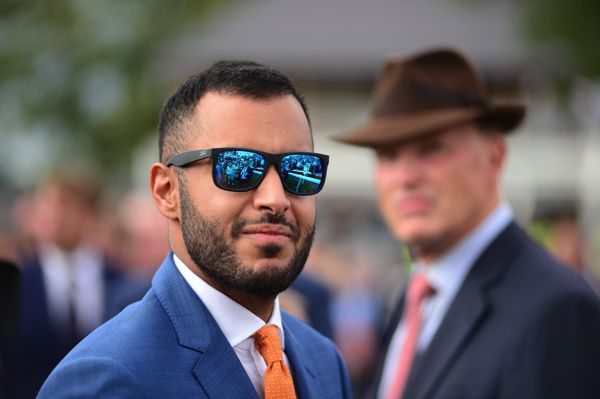 The concept, which will honour the champions of the sport, will be unveiled on Monday ahead of the Qipco Guineas Festival at Newmarket, when the inaugural Hall of Famers will also be announced.

The Hall of Fame has been launched to mark the 10th anniversary of Qipco’s sponsorship of the British Champions Series, with the intention being to “immortalise the modern greats of British Flat racing — human and equine- from 1970 onwards”.

Sheikh Fahad bin Abdullah Al-Thani, director of Qipco Holding, said: “My brothers and I are passionate about British Flat racing and its rich history and heritage, which makes it the envy of other racing jurisdictions the world over.

“We are delighted to announce the Qipco British Champions Series Hall of Fame, which will honour the tremendous contributions made to British Flat racing and will celebrate our most significant and important stars and their achievements.

“When I first got involved in British racing, I was captivated by racing’s rich history and I hope that the British Champions Series Hall of Fame will engage and excite existing and new fans by shining a light on the sport’s most important figures.”

Hall of Famers will be selected from four different categories — horses, jockeys, trainer and major contributors, such as owners, breeders and other leading figures.

“Over the past decade, Qipco have been dedicated and committed partners of British Racing and our thanks go to them for their support of the British Champions Hall of Fame and for helping to make this a reality.

“Our racing is the best in the world and we are delighted to be able to honour our greats through this exciting new initiative.”

Induction into the Qipco British Champions Series Hall of Fame will be decide by an independent panel of eight horse racing experts, including the British Horseracing Authority’s racing director Ruth Quinn and broadcaster and journalist Brough Scott.

“Being inducted into the Hall of Fame will be a true accolade at the pinnacle of the sport and I look forward to the panel’s discussions on who is to be honoured in this way.”