Hannon calls it right as Cotter's charge makes all 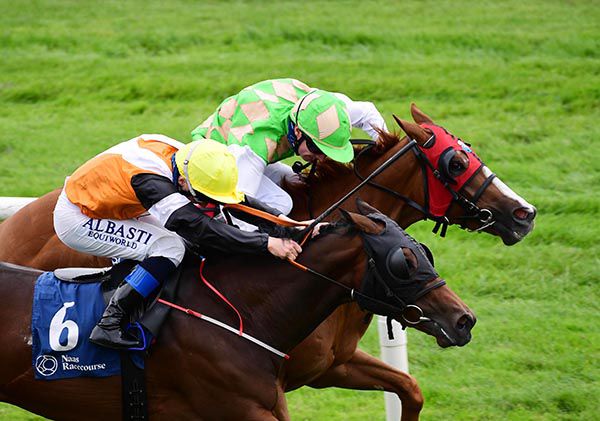 Blinkered for his handicap debut, Rhythm Of Zain (6/1) made all under Declan McDonogh in the Naas Racecourse Nursery.

Memory Motel (11/2) moved upsides the winner travelling well over a furlong from and the pair had a good tussle to the line. Commentator Jerry Hannon called Rhythm Of Zain the winner as they flashed past the post and, although the exchanges disagreed, he was proven right with a nose the margin of victory.

The 9/2 favourite Wild Eyed Girl was half a length back in third.

The successful chestnut gelding was running after a four month break having been unplaced in three early season maidens.

Winning trainer Kieran Cotter said: "He’s the only yearling we bought last year and we’ve been lucky with the sire Dragon Pulse.

“He’ll probably run again at Fairyhouse on Monday. He’s a hardy horse and likes that ground.

“If it gets soft we could go to Dundalk with him.”