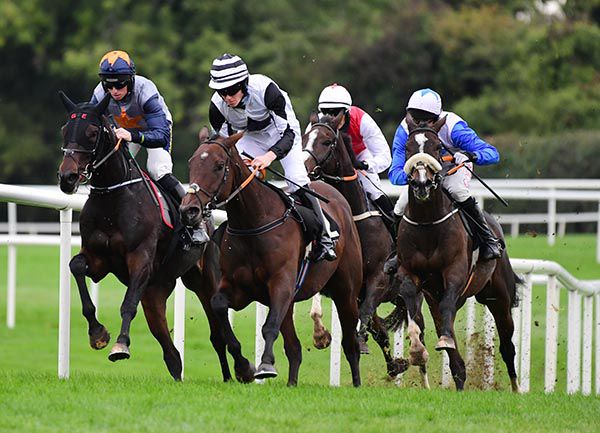 The Lengthen The Odds With BetVictor Flat Race was as slowly-run a contest as you are ever likely to see but Hey Johnny (9/2) was in the right place when the sprint began over two furlongs out.

Charlie Mullins had dictated a gallop that was little more than a hack canter in reality and his mount, a winner at Ballinrobe in May, found enough in the dash to the line to hold newcomers Alquinto (25/1) and Lieutenant Highway (10/11 fav) by half a length and a length and a quarter.

The time of the race was over fifty seconds slower than each of the three hurdle races over the same two mile trip earlier on the card.

Winning trainer Tom Mullins said: “It turned into a sprint and Charlie said he actually loved it walking. He never has a problem settling.

“I didn’t envy Charlie having to ride a four-horse race but he rode it well.

“He’s a horse that is learning all the time and his experience probably won it for him today.

"He’s a nice horse and is a half-brother to a Cheltenham Bumper winner (Sir Gerhard). I’d say he’ll go on any ground.

“There is a Red Mills Maiden Hurdle in Galway at the end of the month and he might go there. He will go hurdling now for sure.”