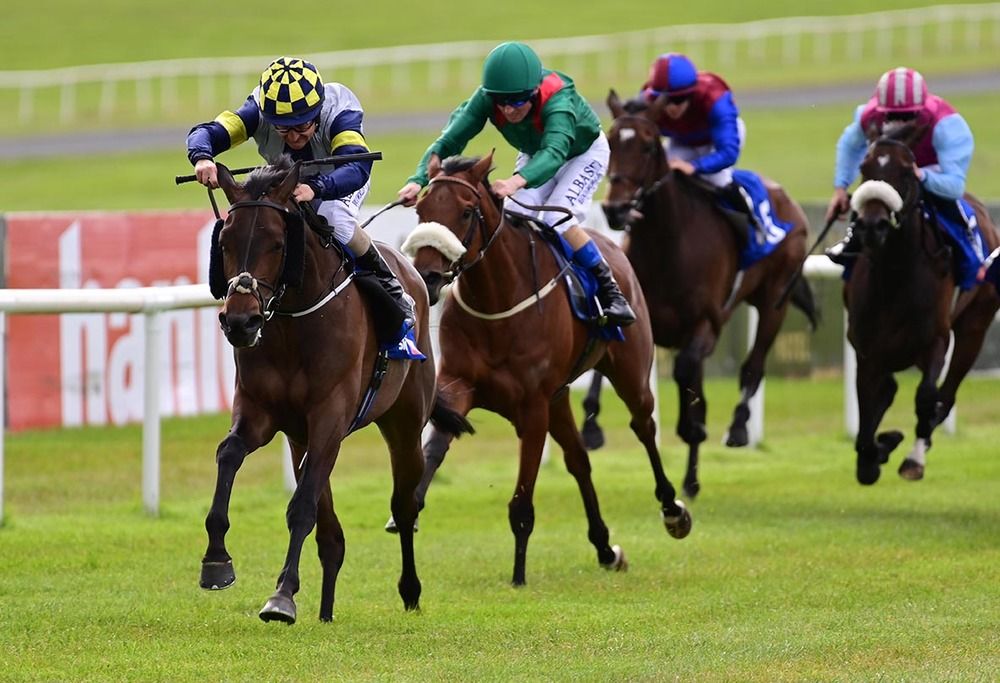 The Jessica Harrington-trained Fennela showed promise on both previous outings over 1m2f and appreciated the step up to a mile and a half to land the Betting Better With Sky Bet Fillies Maiden at the Curragh.

The daughter of Sea The Stars is bred in the purple being a half-sister to three Group 1 winners including 2018 Oaks heroine Forever Together and was sent to the front here at the two furlong pole.

The 11/4 chance was driven out by Shane Foley to score by two-and-a-quarter lengths with another superbly bred filly Over The Rainbow finishing well on debut to snatch second from Zaniyka.

Harrington's daughter and assistant Kate said, “She's a half-sister to three Group 1 winners so it's nice to get a winning bracket with her.

“She only ever does as much as she has to, and she's like that at home as well. She's improved from each run.

“The plan was today and now she'll go straight to the Irish Oaks.

“She's had two quick runs so we'll give her a bit of a break and then build her up. Shane said the further she goes the better she'll be.”