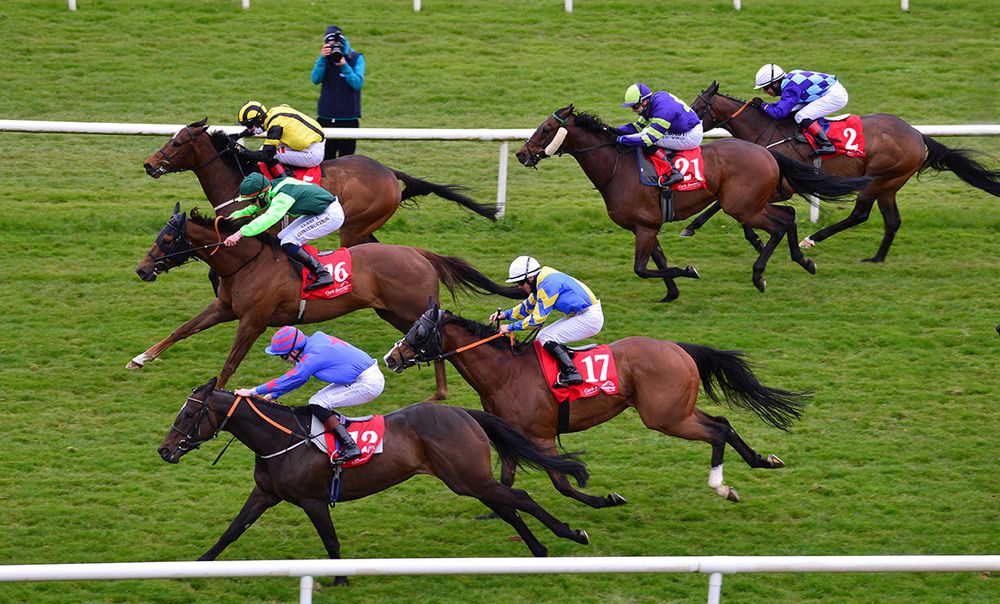 Jm Barrie made the breakthrough on his nineteenth start, as he got up on the line to take the Follow Us On Instagram Handicap.

Beaten by a neck on his most recent start at Dundalk, the David Marnane trained four-year-old was sent off a 9/1 chance this evening.

Towards rear in the early stages, the son of Sir Percy was involved in some scrimmaging from the two furlong pole when attempting to close.

Ridden over a furlong out, he soon got clear daylight and powered home in the closing stages, getting up on the line to prevail by a short head under Oisin Orr.

Navorrosse was the one just denied, with the Paddy Harnett ridden 40/1 chance having to settle for second.

Tipperary Moon (9/2) was another short head back in third, while Amazing One (10/1) completed the places in fourth.

Burning Lake was sent off the 4/1 favourite and he finished seventh under James Doyle for Joseph Murray.

"I think he'll improve another bit, he wants fast ground and he'll go for something similar again next.

"His owners are a group in Dubai including (publican) Denis McGettigan and they're watching in - they'll have a drink tonight."

The Stewards reviewed an incident approximately two furlongs from the finish involving Jm Barrie (GB), ridden by O.J. Orr, placed first and Tai Sing Yeh, ridden by R.P. Whelan, placed fifth, where it appeared that both animals made contact. Having viewed the recording of the incident, the Stewards were satisfied that no further action was warranted.

James J. Doyle, rider of Burning Lake trained by Joseph Anthony Murray, reported to the Clerk of Scales that his mount lugged left.

O.J. Orr, rider of Jm Barrie (GB) trained by David Marnane, reported to the Clerk of Scales that his mount was tight for room two furlongs out.

R.P. Whelan, rider of Tai Sing Yeh trained by J.F. Levins, reported to the Clerk of Scales that his mount met with interference at the two furlong pole when going for a gap.

W.M. Lordan, rider of Amazing One (GB) trained by T.J. O'Mara, reported to the Clerk of Scales that his mount was slowly away from the stalls.