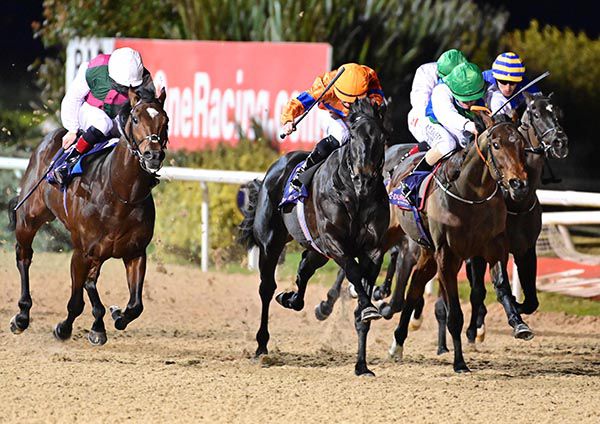 Bred by the O’Brien’s Whisperview Trading Ltd, the No Nay Never colt (Shane Crosse up) put his experience to good use and was game from the front to better stable companion Devil’s Outlaw (3/1 second market choice from 5s) by just a nose.

Off a long break favourite Benavente ran perfectly fine in third, just three parts of a length behind.

Stable representative Brendan Powell said: “He's tough and wanted every yard of that trip. He went a nice gallop, looked like he got headed for a minute but battled back again.

“He'll be a nice horse over a trip. He's won his maiden now and he's a big horse with a future.

“The second horse ran a cracker and he's come on a lot from his first run.”

G.M. Ryan, rider of Star Harbour trained by Adrian McGuinness, reported to the Clerk of Scales that his mount got short of room at the bottom of the straight.