Lamprog gets off the mark at Gowran 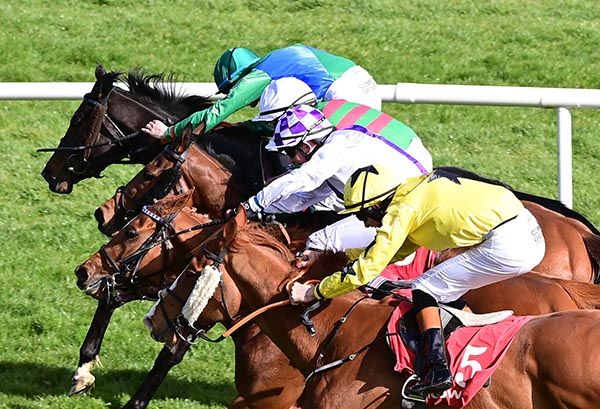 Lamprog opened her account at the tenth attempt when squeezing through a gap in the straight to take the Dining Packages At Gowran Park Handicap.

The Ray Cody-trained filly had shown promise on a number of occasions and didn’t enjoy the clearest of passages when beaten just over a length on her reappearance at Dundalk last month.

The daughter of Footstepsinthesand attracted support in the morning but drifted right out on track from 8/1 to 12/1.

Sean Davis had her in a prominent position approaching the straight but she got a bit tight for room over a furlong out before getting through in time to beat Princess Rajj by a neck.

The 8/11 favourite Level Pitch was on the back foot after a tardy start and kept on well under pressure in the straight finishing strongly to be just a head further back in third.

Davis said, “She was brave and had to be as we didn’t have a lot of room up the straight.

“She threatened to do that the last day in Dundalk where she was unlucky. I thought she had a chance today but the seven might be on the sharp side. She had to dig deep and she did.

“I think she can go back to a mile and there is another one in her.”