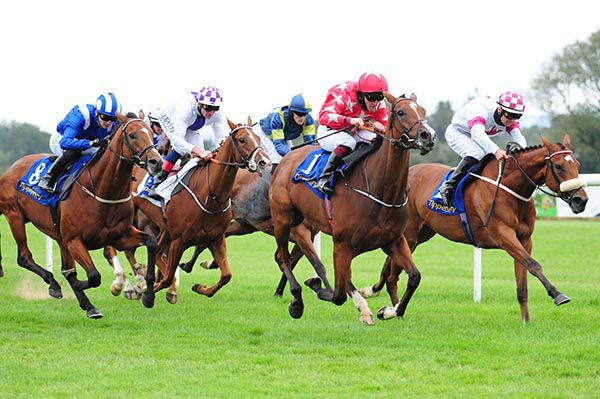 Longbourn came home well for Mark Gallagher to take the first split of the Meadowview Stables Maiden in Tipperary.

The 14/1 chance was always prominent in the nine-furlong assignment and raced in third as the field passed the two pole.

He was ridden to challenge inside the final furlong and stayed on well to overwhelm Orchid Gardens in the closing stages.

Orchid Gardens (5/2) had to settle for second, beaten by a half a length. She was three parts of a length ahead of 9/1 shot Thaleeq.

Trainer Ross O'Sullivan said: "We bought him off Eddie Harty and he had winter form (at Dundalk). His owner Amanda Torrens has had a rough time with a couple of horses getting injured in the winter time and we decided to try a flat horse for her, and it is great to get a winner.

"He is ground-dependent, needs good ground and we had him in last week, but the heavy rain at Limerick changed everything.

"He could keep going forward now. I thought giving the three-year-olds 6lbs might be a hard task especially in September, but he stuck to it very well.

"We'll stick to the flat and he could go back to Dundalk, but down the road he could also go jumping."

Longbourn had been placed in four of his previous seven races including when runner-up at Ballinrobe when last seen in July.