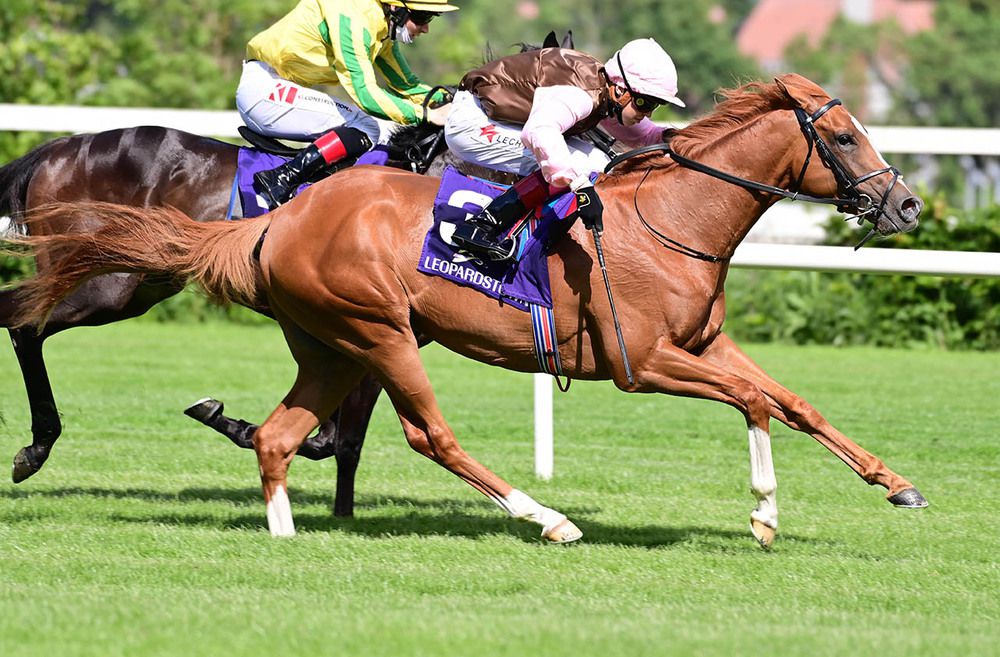 Maritime Wings (22/1) made a winning debut as he turned over the 2/5 favourite Moony Beams in the Irish Stallion Farms EBF Maiden.

Dropped out at the back of the small field by Dylan Browne McMonagle, the Gleneagles colt came around rivals on the home turn and began to make ground once straightening up.

He collared the front-running favourite at the furlong pole and kept on well to score by half a length.

The E58,000 yearling purchase is out of a half-sister to Michael Halford’s Royal Hunt Cup winner Portage.

Two horses, including the winner’s stable companion Point Gellibrand, were withdrawn at the start on veterinary advice.

“The main thing today was to get him to settle and come home. He showed a nice turn of foot there and stayed well. He's won with his ears pricked.

“Joseph has always thought a lot of him and said there that he'll step him up into listed or group class next time and see how we go.

“He was still green and he's gone wide on the bend. The second horse is a nice horse and our lad had every right to come back and get a bit of help with the other horse, he kept battling to the line.

“Hopefully he'll turn into a nice horse. The owners (the Thoroughbred Racing Syndicate) have teamed up and it's the first winner for that syndicate. It's great for them and they are here as well which is brilliant.

“It's a shame that the other lad (Point Gellibrand) couldn't run as he is a good horse. It looked like he sat down a little bit (in the stalls) and I'm not sure if he was causing it.

"We'll have to do a stalls test with him and hopefully he'll be alright.”