Minella Indo takes next step on road to Cheltenham 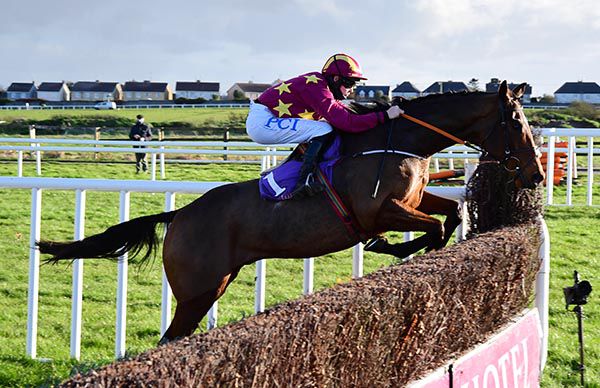 Cheltenham Gold Cup contender Minella Indo is the star attraction in the BetVictor Make Your Best Bet Chase at Navan on Sunday.

Henry de Bromhead’s charge won twice at Grade One level over hurdles, including victory in the Albert Bartlett at Cheltenham in 2019, and came close to doubling his tally at the showpiece meeting when mowed down late by Champ in last season’s RSA Chase.

Having made a foot-perfect start to the current campaign in a Grade Three contest at Wexford last month, Minella Indo is the 8-1 third-favourite for the Gold Cup in March, behind dual winner Al Boum Photo and last season’s runner-up Santini.

Those odds are likely to contract further if he can see off his three rivals in this weekend’s three-mile Grade Two.

“It was lovely the way he did it in Wexford and hopefully this is another nice race for him. The conditions seems to suit him and it will be good to give him some more experience.”

Asked whether the Savills Chase at Leopardstown could be his next objective, the trainer added: “We’ll see how Sunday goes before we think about where we go afterwards.”

Minella Indo is sure to be a warm order, with Gordon Elliott’s Ravenhill, the Willie Mullins-trained Brahma Bull and Dream Conti from Noel Meade’s yard all looking to have their work cut out on ratings.

De Bromhead said: “It’s a big step up for Champagne Gold. He won his maiden hurdle in Wexford and is a nice horse that works well.

“We’ll learn more about him.”

Champagne Gold’s six rivals include Elliott’s pair of Farouk D’alene and Fakiera. The Cullentra handler is bidding to win the race for a fourth time in the last five years following the recent victories of Death Duty (2016), Samcro (2017) and Fury Road (2019).

Lieutenant Command is another to consider for the bang-in-form Meade yard.