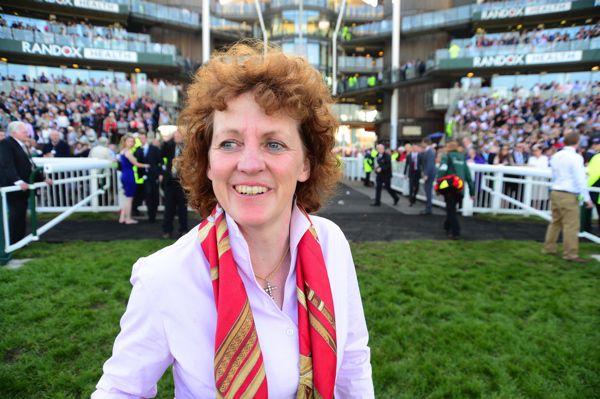 Trained in Kinross by Russell and her partner Peter Scudamore, Mighty Thunder was an 8-1 chance for his latest National assignment after winning the Edinburgh National at Musselburgh and finishing second in the Midlands Grand National at Uttoxeter on his last two starts.

Rounding the home turn, it looked like Sandy Thomson could saddle the first two home, with 7-1 favourite Dingo Dollar and his stablemate The Ferry Master clear at the head of affairs.

However, Mighty Thunder responded to jockey Tom Scudamore’s urgings to close the gap and reeled in Dingo Dollar on the run-in to land a popular success by three-quarters of a length.

Mighty Thunder is the first home-trained winner of Scotland’s most famous jumps race since Merigo in 2012.

Russell said: “I’m delighted for the horse and his owners. It’s mixed emotions because it’s sad for Blair Campbell missing the ride due to injury, as he has kind of produced the horse, but these things happen and it’s fantastic Tom could ride and keep it in the family.

“It’s been a tough time through Covid for the owners as they provide alcohol to pubs and clubs and things, but this will certainly brighten up their day.

“This is the horse’s first season over fences. He’s such a laid-back horse during a race, you can come with a late run at the end — he’s just made for these long-distance races really.”

The victory comes just nine days after Ahoy Senor claimed Grade One glory at Aintree for the team.

Russell has also won the Grand National on Merseyside with One For Arthur in 2017, while Brindisi Breeze was a Cheltenham Festival winner for the yard a few years ago.

Asked where winning the Scottish National ranks in her achievements, Russell added: “It would have to be second to the Grand National, but it’s a pretty good second place.

“I’m very proud of the way all the Scottish horses ran in it. They’re putting northern horses back on the map and that’s what we wanted.”

The trainer hopes Magic Thunder could be a realistic contender for the Randox Grand National at Aintree in 12 months’ time.

She said: “We’ll take it a step at a time, but I think we’ll probably go for the Becher Chase (in December) and see if he takes to the fences at Aintree.

“If he does then great, and if he doesn’t, we’ll aim at the Scottish National again.”

Secret Sea reverted to the Flat with great aplomb to take division one of the GAIN The Advantage Series Handicap at Ballinrobe.