Mullins happy with Noble Yeats after another Aintree win 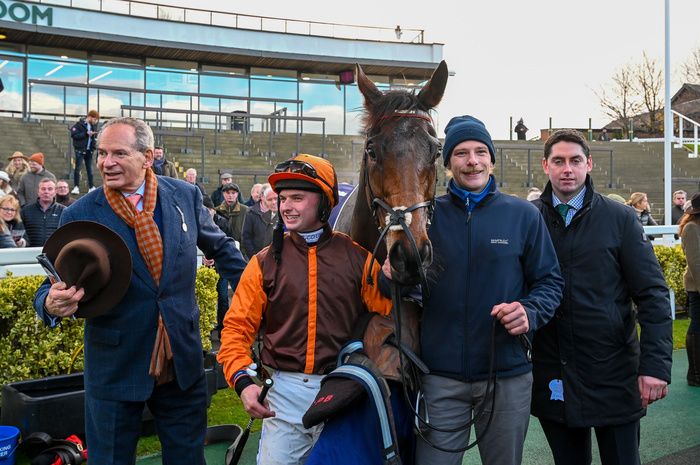 Emmet Mullins reports Noble Yeats in good form following his impressive victory in the BoyleSports Many Clouds Chase at Aintree on Saturday which has seen the Grand National hero cut to as low as 10/1 for the Gold Cup at Cheltenham in March.

“He’s a hundred percent and it’s a case of so far so good how he’s come out of the race. He travelled home well and is good that way, he never misses his grub,” Mullins reported after enjoying another big race success with Merlin Giant at Fairyhouse yesterday.

The seven-year-old gelding quickened up smartly on the approach to the final fence in Saturday’s Grade 2 test before going on to beat Dashel Drasher and Ahoy Senor by over three lengths and Mullins added, “He won a bumper at Thurles by 19 lengths when he took off like a scalded cat with Patrick (Mullins) and you don’t do that in Irish bumpers unless you are a good horse.

“It wasn’t a surprise to me the way he quickened up on Saturday.”

Past winners of the Grand National have often struggled to win another race afterwards but Noble Yeats is certainly bucking that trend having also landed the Listed M W Hickey Memorial Chase in good style at Wexford this term.

“Going into the National he had a very different profile to many of the other horses and has always followed his own path.

“We haven’t decided where he will go next but there are plenty of options. We won’t decide about the King George until closer to the time.”

Noble Yeats is currently a top priced 8/1 for Kempton's Christmas highlight with bet365.