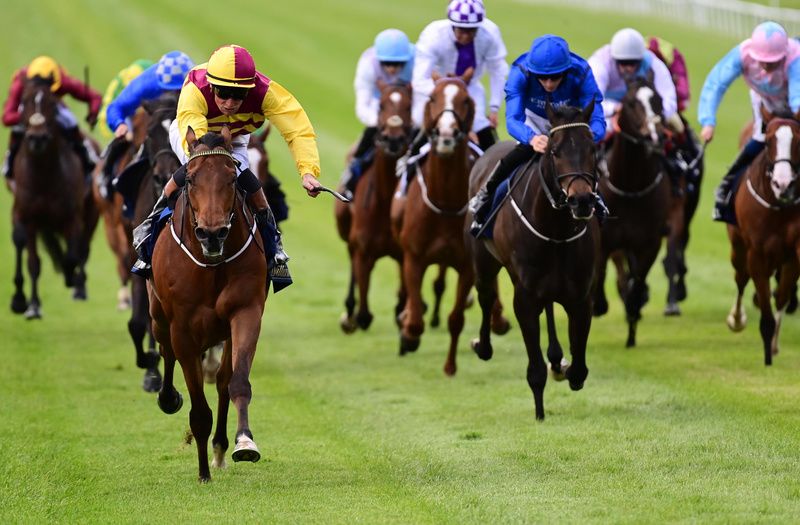 Saturday's Curragh winner Mashhoor is set to run at Royal Ascot next month, with his trainer Johnny Murtagh eyeing another valuable handicap for the Brunabonne Syndicate-owned gelding.

The son of Kingman won a €50,000 William Hill-sponsored handicap by four lengths from stablemate Safecracker on Saturday and Murtagh reports “he got 13lb so he is going to have to be a good horse!

"There's a couple of races in (Royal) Ascot, so I could imagine rocking up there. The lads are keen to go. I think we will probably go for one of the handicaps in Ascot.

"I have probably eight or nine pencilled in but a lot can happen between now and then. There are big entries next week for Ascot, so we will enter them all up and see how they are.

"When you get a winner at Ascot, you get a bit of a feel for it so we'd like to go back again!"

Regarding Friday's short-head Curragh maiden winner Navagio, the trainer added "I think the handicapper gave him 4lb so he is still well-rated I think. He works like a nice horse. He's going to be a Premier Handicap type of horse. We will just take out time.

"A lot of our horses have been busy for the first couple of months of the season. Guineas weekend was a big target, so we will just take a breather now and pick our way from now on."

Ladies Church, runner-up in Cork's recent Listed Polonia Stakes, will also target Royal Ascot and he says “we have her in at Ascot and we're targeting that. It was a very good run in Cork the last day and she's a nice filly.”

Shartash became Murtagh's first Aga Khan-owned winner as a trainer at Naas on May 7 and regarding the Invincible Spirit-bred colt, added “we were going to run him last week but we just thought we'd give him another week. The Railway Stakes is his target.”