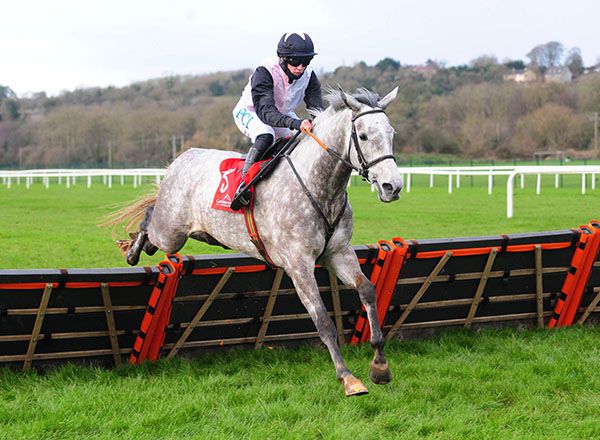 Naas Racecourse will once again welcome some top level performers this weekend with quality action on offer at the Kildare track this Sunday.

The opening Grade 3 Finlay Ford at Naas Novice Chase could prove to be a lucrative stepping stone back to Grade 1 level for the Mouse Morris-trained Gentlemansgame.

The Robcour-owned seven-year-old has been placed three times at the highest level over hurdles and made the ideal start to his chasing career at Leopardstown over Christmas when winning his beginners chase by eight lengths.

Gentlemansgame has nine potential rivals, seven of which hold Cheltenham Festival entries. They include the Willie Mullins-trained Ramillies and the Gordon Elliott-trained pair of Chemical Energy and Frontal Assault.

Chemical Energy is seeking a hat-trick over fences after bolting up in a three runner race at Cheltenham back in October while Frontal Assault was third in a Leopardstown Grade 1 over Christmas.

Ramillies, who was campaigned at Grade 1 level last season, opened his account over fences at Thurles before Christmas.

“This would look a nice race for Ramillies,” Patrick Mullins, assistant to his father Willie, said of the Joe Donnelly-owned eight-year-old.

“He was good in Thurles last month and he would appear to be a better chaser than he was a hurdler. The trip on Sunday would look ideal for him so we’ll see how he is in the next few days before making a final decision.”

Thedevilscoachman is another high class entry for the race for Noel Meade and JP McManus, while the Stuart Crawford-trained Gold Cup Bailly is on a four-timer in the colours of Simon Munir and Isaac Souede.

This weekend will mark the beginning of a new partnership between Naas Racecourse and Finlay Motor Group who as well as backing the €30,000 feature race on Sunday will provide Naas Racecourse with a Ford Ranger for head groundsman, Shane Webb.

Bob Olinger could well be the star of the show at Naas this weekend as the Henry de Bromhead-trained eight-year-old drops back to two miles for the Naas Racecourse Business Club Limestone Lad Hurdle.

The 2021 Lawlor’s Of Naas Novice Hurdle winner could return to the scene of his first Grade 1 victory as he drops back to the minimum distance for the first time since his novice hurdle season.

Bob Olinger is joined in the second of Sunday’s Grade 3 races by another Grade 1 winner, Echoes In Rain. Champion trainer Willie Mullins has also entered the talented veteran Cash Back, while last year’s winner Darasso for Joseph O’Brien and Oliver McKiernan’s locally-trained course and distance winner Meet And Greet are other interesting names among the nine entries.

Echoes In Rain was last seen in the Hatton’s Grace Hurdle at Fairyhouse and Mullins issued an upbeat bulletin on the seven-year-old.

“Echoes In Rain was fine after her fall in the Hatton’s Grace at Fairyhouse. She raced far too keen on that occasion but this would be a drop in grade for her and a chance to rebuild her confidence. Like Ramillies we’ll see how they are later in the week before deciding if they run,” Mullins added.