Neptune the race for Yanworth 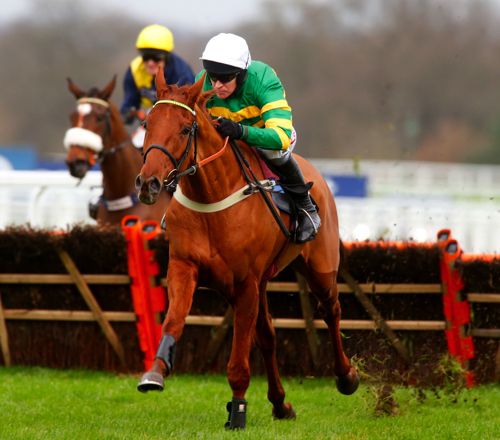 Yanworth
© Photo Healy Racing
Yanworth is firmly on course for the Neptune Investment Management Novices' Hurdle at the Cheltenham Festival after Alan King resisted any temptation to enter his rising star in the Supreme Novices' Hurdle.

King's six-year-old was hugely impressive in winning the latest Neptune trial at Cheltenham last Saturday and is a hot favourite to extend his unbeaten record over hurdles to five races.

The Barbury Castle trainer said: "The Neptune is his race. We have only left him in that as we want to keep it simple in order not to confuse matters. Like all the horses that ran at Cheltenham on Saturday he has come out of it great and is absolutely fine. I've still got to train him for the race, but there is no panic."

The JP McManus-owned gelding will face a formidable raiding party, with a huge entry of 41 horses hailing from across the Irish Sea in a total Neptune entry of 78.

Willie Mullins is unsurprisingly strong-armed, with Bellshill, Yorkhill and A Toi Phil among 22 possible runners for the all-conquering trainer.

Warren Greatrex is hopeful that Ma Du Fou, who has won his last two races at Ffos Las and Bangor, can earn a Neptune appearance on his next start.

He said: "I've always thought a lot of Ma Du Fou and he's won his two races nicely this year.

"A lot will depend on his next run. He could go for the Sidney Banks Memorial Novices' Hurdle at Huntingdon (February 11) and there is also a Listed novice hurdle at Exeter (February 14) to consider.

"Hopefully, he can make one of them and if he runs well then he's still in the reckoning for the Neptune."