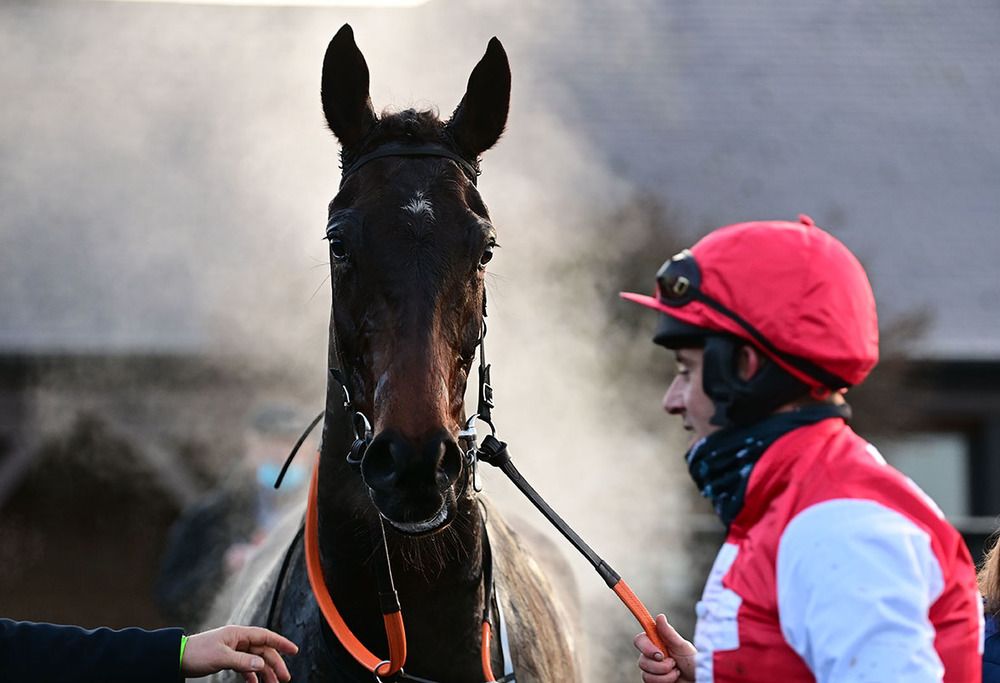 The 8/1 shot was always close to the pace and matched strides with Gonfalonier with five furlongs to travel. Barry O'Neill gave him the office over a quarter of a mile from home and the four-year-old gelding responded.

He swept clear a furlong and a half out and had the opposition toiling. The Fame And Glory gelding came in by an impressive 15 lengths from The Flier Begley (3/1). Grace Shelby completed the placings in third at 66/1.

Nolan said: “It’s virtually the same owners as Latest Exhibition and we’re delighted today the way he did it.

“He was very professional and hopefully he’ll kick on. He schools well.

“It’s been a horrible week. They have been tremendously lucky colours for us and great people. It’s great to win for them after what happened last week.”

The Stewards interviewed Mr B. O'Neill, rider of Sandor Clegane, concerning his use of the whip in latter stages of this race. Evidence was heard from the rider concerned who accepted he was in breach of the Regulation and apologised for his actions. Having viewed a recording of the race and considered the evidence the Stewards were satisfied that Mr. B. O'Neill was in breach of R10.3(c)(unnecessary use after the race is won) and considering his record, they suspended him for one raceday.

Ross O’Sullivan reports Sea Sessions to be in prime shape as she bids to land a second Listed success in the UK this season at Doncaster today.