O'Shea and Blackmore off mark on level 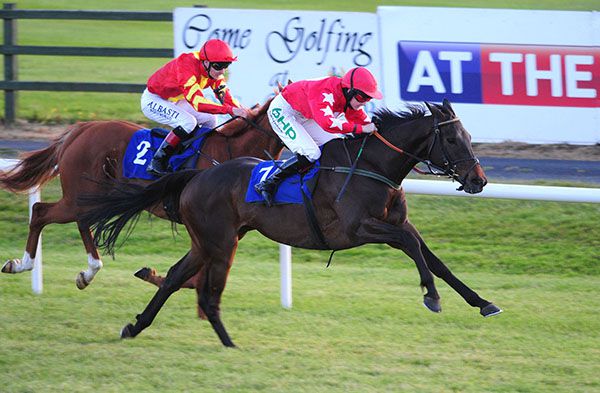 When favourite Aydoun got the better of his big market rival Mountain Rock inside the final quarter mile he'd only won a battle in the July Racing Festival 17th-20th 2017 Race at Killarney. The war in the stamina sapping two mile one furlong event was comprehensively won by Supreme Vinnie.

It'd be no surprise to see the older National Hunt horse finish out this event best, and Supreme Vinnie did just that, spurting away inside the last after delivering his challenge between runners.

The Rachael Blackmore (first Flat winner) ridden 14/1 chance had a length and three parts in hand at the line.

Winning trainer Denise O'Shea said "He's my stable-star and is very versatile like his rider. Great credit to Rachael who gave him a cracking ride. I was very concerned about the ground but I must mention Ger O'Leary who convinced me to run him.

"We'll see whatever rating we get here and probably mix it away with him. I always knew he was a good stayer, and spotted this race about three or four weeks ago.