Pacemaker Irregularheartbeat gets off the mark 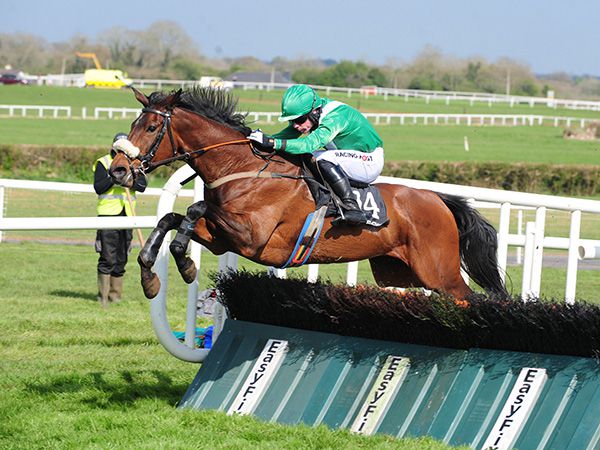 Homebred by owner Geraldine Fitzgerald, the peculiarly-named broodmare-prospect had shown some good form in hurdles this winter and today set the pace in scoring a six lengths win over Misty Millie.

Mallow based Spillane combined with his son and assistant Dinny Spillane for a Cork double on Easter Monday and today Spillane junior reported “we thought she'd have won her hurdle before now.

“At the start of the year we thought she'd want three miles but then we dropped her back to two miles and she ran well.

“She was running a nice race the last day but she fell. She just got tracked back a little bit and fell at the last, she wouldn't have won but probably would have been placed.

“On better ground today he was better off letting her go on, up out of the way.