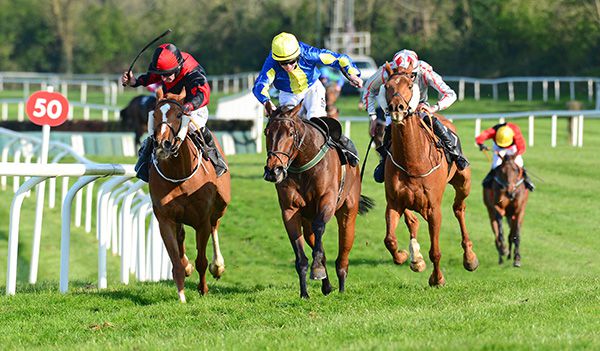 Ellipsism, under Darragh O'Keeffe, went clear with half a mile to race and while his lead had been trimmed to two and a half lengths jumping the last, met that obstacle on a long stride and crumpled on landing.

Trainer Walsh wasn't available post-race, for what was his five year old gelding's maiden success, having been a beaten favourite on three previous starts.