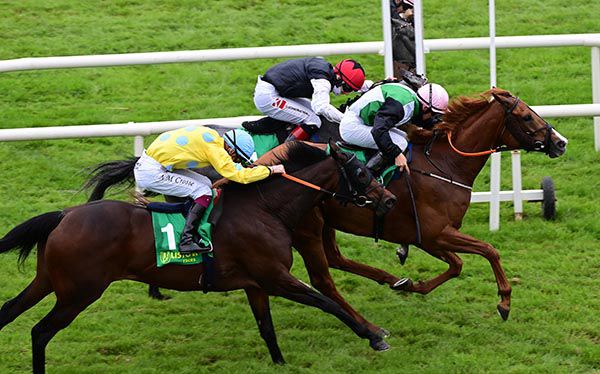 Petticoat Rule got the better of a protracted battle with Emilie Gray to land the seven furlong fillies' handicap in Listowel.

The 7/2 chance tracked 3/1 favourite Emilie Gray and was virtually upsides with half a mile to race.

The pair were locked in a battle at the business end with Petticoat Rule inching her way to the front in the final 150 yards.

She toughed it out best under Wayne Lordan to prevail by a neck with a staying-on Royal Canford the same distance back in third at 11/1.

Trainer Gillian Scott said: "That is fantastic and today was the plan for a while. She was third in Cork in a good enough handicap and I said we'd chance coming here but even if she was placed I'd have been delighted.

"She is so tough and Wayne gave her a brilliant ride. She is not ground-dependent, goes on anything and is so honest.

"The majority of the syndicate (Seconds To Spare Syndicate) are here and they'll enjoy tonight."