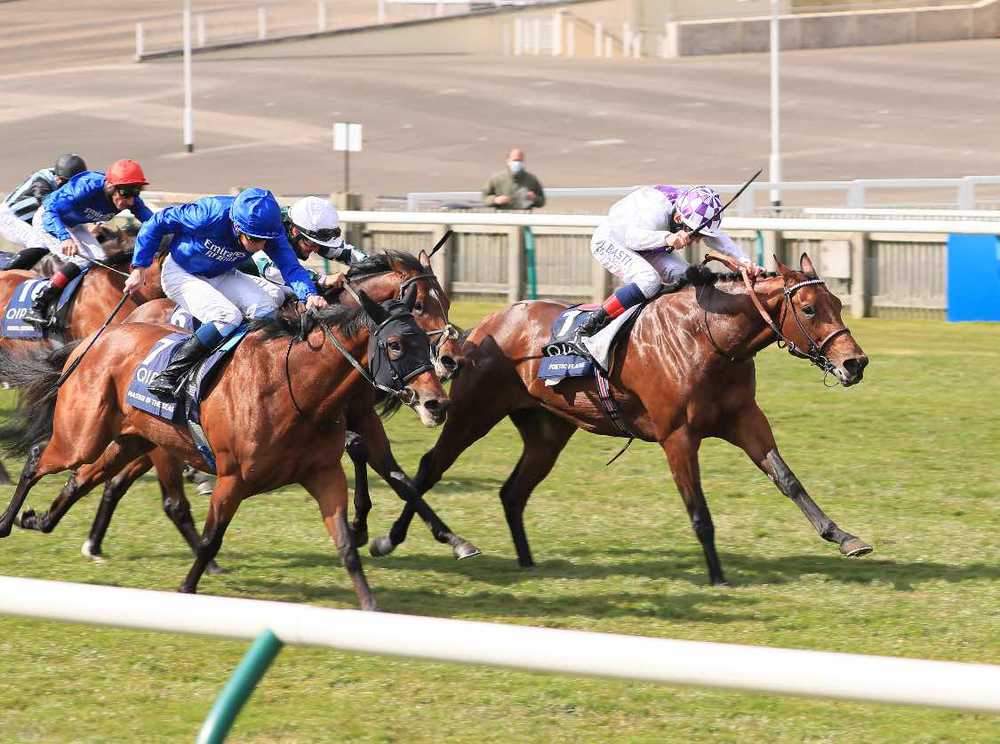 Poetic Flare will face a maximum of 11 rivals in the Qatar Sussex Stakes at Goodwood on Wednesday.

Jim Bolger’s 2000 Guineas hero has already run five times this season, but appears to be thriving on his racing judged on his sensational performance in last month’s St James’s Palace Stakes at Royal Ascot.

With star older miler Palace Pier withdrawn as expected following unsatisfactory blood results, Poetic Flare is a red-hot favourite to add to his Group One tally next week.

There are two top-class fillies in contention, with Richard Hannon’s Snow Lantern and the Andrew Balding-trained Alcohol Free potentially renewing rivalry. Alcohol Free came out on top in the Coronation Stakes, but Snow Lantern reversed the form in the Falmouth at Newmarket.

Hannon could also call upon Chindit, Charlie Hills is set to saddle Summer Mile winner Tilsit and Duhail could be sent across the Channel by leading French trainer Andre Fabre.

Century Dream (Simon and Ed Crisford) and Space Traveller (Richard Fahey) are the other hopefuls.

Local man Leigh Roche got off the mark for Galway 2021 without delay when making all on I A Magic (15/2) in the opening Claregalwayhotel.ie Irish EBF (C & G) Maiden.