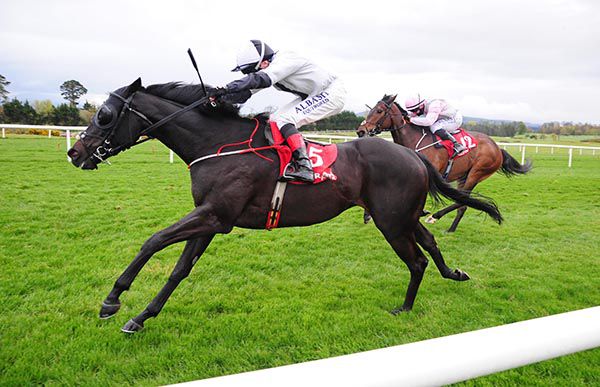 The action came on the stand's side again as Fil The Power opened his account at the 11th attempt in the nine-furlong maiden for older horses at Gowran.

Kevin Smith's charge was a close fourth in handicap company at Cork on Saturday and brought a rating of 78 into the race.

Chris Hayes settled his mount mid-division before launching his challenge on the near side down the straight.

The 10/3 shot hit the front passing the furlong pole and was a good winner at the line as he posted a two-and-a-half length success.

Smith said:- “He was entitled to that. He’s a good genuine horse and bumped into a few good ones.

“He handles nearly all types of ground but just didn’t like the ground at Navan on his second last run. I’d imagine he’s a better horse on nicer ground.

“He ran well in good company at Cork last Saturday. He came home and ate up and was fresh so we decided to run him today.

“He’s versatile enough and could come back in trip.”